What Retirement Benefits Do Professional Athletes Get? 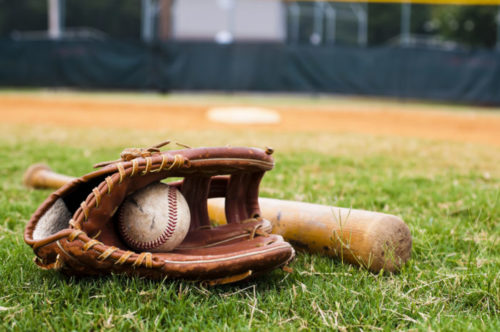 While professional athletes are known for earning hefty salaries, their retirement benefits are rarely discussed. Although their salaries are high, it’s important to remember that most athletes retire much earlier than the average retirement age for workers in America. The average career length for an NFL player is 3.3 years, so most players need to prepare for an early retirement as soon as they begin their career.

The Major League Baseball (MLB) association offers players a pension plan that begins to pay eligible players when they retire. MLB players earn a benefit from their pension plan for every quarter they play during a championship season. The pension payments they receive when they retire depend on how long they worked for the MLB organization (referred to as “credited service”), the age they retire, and their retirement class.

Players are eligible to begin receiving pension payments at age 45 if they are no longer employed with the MLB organization. After 10 years of service, they’ve reached eligibility for full pension and will receive at least $68,000 per year. If they’re still employed with the organization, they may wait to claim pension until age 62. If a player waits until 62, they earn a maximum of $220,000 per year in pension.

While the Major League Soccer (MLS) Players Association doesn’t offer a pension plan, players can opt to contribute to a 401(k) retirement savings plan while employed by the organization. A 401(k) is different from a pension plan because players are responsible for contributing to the account before they retire. They can only contribute up to the Internal Revenue Service’s (IRS) yearly contribution limit. In 2020, the 401(k) annual contribution limit is $19,500.

Although players are limited to how much they can contribute to their 401(k), the MLS Players Association offers a match of their contributions. The organization matches players’ contributions up to 3.75% but only up to the IRS’s employer match contribution limit, which is $57,000 annually in 2020.

Employees take over ownership of their 401(k) account on their first day of employment. Since there are contribution limits with the 401(k) plan, players may need to invest in additional sources of retirement income before they can retire comfortably.

The National Basketball Association (NBA) offers a robust retirement benefits package for players that includes both a pension plan and an elective 401(k) retirement saving plan. The 401(k) plan offers matching employer contributions and an annuity program. After players are no longer employed with the NBA, they receive monthly income from the annuity program until they turn 50.

To be eligible for pension payments, a player must be employed for at least three basketball seasons. A season only counts if the player is on the NBA active or inactive list for at least one day during the regular season.

The amount of pension they receive is determined by the number of years they played and their age. If a player retires at 50 and only played for three years, they’ll receive $19,160 per year. However, a player who waits to retire until 62 and plays for at least 10 seasons will receive $200,000 per year in pension benefits.

The National Football League (NFL) offers a similar retirement benefits package as the NBA. It includes a pension plan, 401(k), and annuity program. After players participate in at least four seasons, they’re eligible to receive contributions from the NFL Player Annuity Program. They must be at least 35 and out of the league for at least five years to begin receiving these annuity contributions.

The NFL also matches players’ 401(k) contributions at $2 for every $1 contributed up to a maximum of $28,000 per year. Players are eligible to receive full pension benefits when they turn 55, as long as they’ve played in the league for at least three seasons. The amount of pension they receive annually depends on how long they played and their age. The average annual pension retired NFL players will earn in 2020 is $46,000.

The National Hockey League (NHL) also provides retired players with a pension but no other retirement benefits. After playing in one hockey game, players are eligible to receive pension payments. However, the longer they play, the more pension benefits they’re entitled to receive.

For every 20 credited games that players participate in, they earn 25% of one year of pension benefits. They earn full benefits when they reach 45 years of age but may begin receiving reduced benefits at 35.

After 10 years of playing in the NHL, retired players receive full pension benefits, which max out at $255,000 per year. If a player must retire due to a disabling injury and hasn’t played with the league longer than five years, they’re eligible for emergency assistance funds in addition to their pension.

The Professional Golfers’ Association (PGA) Tour pension plan is unique because it’s performance based, unlike the plans offered by other sports organizations. The amount of money athletes receive in their pension account depends on whether they make the cut in golf tournaments and how they performed throughout the season, broken down into three segments.

If a player makes 75 cuts, their pension is 50% vested. To be fully vested, a player must make at least 150 cuts in tournaments. It’s not uncommon for golfers who had good seasons to earn over $1 million in pension money. By the time successful golfers retire from the sport, they may have earned millions in pension that are paid to them regularly.

WNBA players earn much less than their male counterparts, showing that the gender wage gap also exists in sports. While the league signed a new deal in 2020 to raise the WNBA salary cap by 31%, women’s salaries are still significantly lower than men’s.

Sports organizations offer various retirement benefit packages for their athletes, with the NBA, NFL, and MLB offering the most generous. While athletes earn high salaries, their careers are usually short, so these retirement plans are crucial for their long-term financial stability.