What Is the Truth in Savings Act/Regulation DD, and What Accounts Does Each Law Cover? Just as the Truth in Lending Act improved transparency between lenders and borrowers, the Truth in Savings Act, which was passed by Congress in 1991, created new requirements for depository institutions, such as banks and credit unions. These requirements were designed to improve competitiveness between institutions by improving consumer access to information about various types of depository accounts that they could use.

What Is the Truth in Savings Act?

The Truth in Savings Act is a piece of legislation designed to protect the rights of consumers.

A Brief History of the Truth in Savings Act

For many decades, S&Ls provided affordable mortgages to working class people, making the dream of buying a home into a reality for many Americans. Things were going well for S&Ls until the 1980s, when these institutions were hit by a perfect storm. The end of stagflation — the economic crisis of the 1970s — meant that more Americans were taking out mortgages, using the services provided by S&Ls. However, at the same time, Congress was passing legislation that deregulated the S&L industry. Although this deregulation was intended to help S&Ls compete with regular old banks, it did not come with the same oversight that regular banks received from the FDIC. Thus, S&Ls were in a position to take on more customers than ever while, at the same time, they were not being regulated to stop them from engaging in risky behaviors.

In the mid 1980s, S&Ls began to collapse, taking the savings of their customers with them. By 1991, it was clear that Congress needed to act to give the FDIC more regulatory power over depository institutions. Thus, the Truth in Savings Act was born.

What Accounts Are Covered Under the Truth in Savings Act?

For consumers, the most important parts of the Truth in Savings Act have to do with what types of depository accounts are covered. In short, accounts opened by people are covered under the act. This includes accounts opened for an individual, a household, or a family. It does not include business accounts opened for corporations, small businesses, or other non-human organizations. In more official terminology, this means that the Truth in Savings Act covers accounts for “natural persons” like you or me. This is to differentiate coverage for accounts held by “artificial persons,” or entities created for legal and financial purposes, such as a business or a nonprofit organization.

What is Regulation DD?

Who Does Regulation DD Apply to?

The above information should be disclosed in a clear and conspicuous way and in written form so that the customer may keep a copy.

The Truth in Savings Act compels depository institutions to be up front and clear with consumers about the terms of the various depository accounts that they offer. The act was intended to make banks more competitive by requiring them to offer better terms to customers as a way of improving business, rather than relying on deception to gain customers. If you believe that you are the victim of dishonest behavior from your bank, you can file a complaint with the CFPB. If your depository institution is a credit union, you should contact the NCUA. 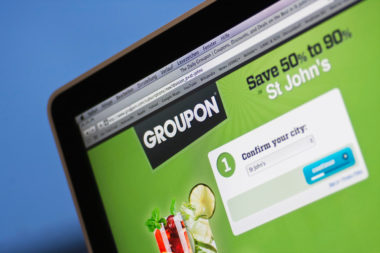