What Are Truth in Lending Act (TILA) Disclosures and Do They Work? The Truth in Lending Act (TILA) is a federal financial regulation intended to protect consumers against potentially exploitative practices by lenders. It requires lenders to be open and clear about the costs associated with a loan/debt, and gives consumers tools to fight back when struggling with significant debt or violations of their rights by lenders.

What Is the Purpose of the Truth in Lending Act?

The Truth in Lending Act protects consumers from being exploited by lenders. Its protections apply to both installment loans and revolving credit. TILA does this by mandating certain disclosures from lenders, although the specific disclosures required depend on the lender and the type of loan. TILA also grants borrowers a right of rescission in case their loan is secured by their principal dwelling (ie, mortgage loans, HELOCs, home equity loans). In plain language, this means that borrowers can decide to back out of a loan in a specific case. That specific case is during a three day period following the signing of the loan papers where the borrower’s house is being used as collateral. If the lender has failed to live up to their disclosure obligations as per TILA, then that time period is extended to three years.

A Brief History of TILA

TILA was passed by Congress and signed into law by President Johnson in 1968. At the time of its passage, rule-making and enforcement duties for TILA were given to the Federal Reserve Board. However, in 2010 the Dodd-Frank Wall Street Reform and Consumer Protection Act created a new agency, the Consumer Financial Protection Bureau (CFPB). In 2011, the CFPB took over the job of making rules for and enforcing TILA, along with a number of other federal regulations aimed at protecting consumers from dishonest and harmful lending practices.

TILA requires the following disclosures in a statement from a lender to their borrower:

If you are a borrower and you believe that a lender has failed to disclose this information to you, then you can file a complaint with the CFPB. This will give the lender 15 days to respond to your complaint. If you are unsatisfied with their response, your complaint may be used as a part of a lawsuit by the CFPB against that lender — supposing that they have wronged other borrowers in the same way, as Navient has allegedly done — or you may hire a lawyer and sue your lender privately.

What Is Regulation Z?

Regulation Z is another name for the Truth in Lending Act. Specifically, Regulation Z is the term used for the rules and regulations related to TILA in the CFPB regulations. Whenever you see Regulation Z, you’re just seeing the disclosure requirements of TILA.

Does the TILA Work?

There is some evidence that lenders have found ways to get around the TILA requirements by using loopholes in the original language of the bill. For example, in the 1980s, car companies discovered a loophole in the act. TILA did not adequately differentiate between the amount financed and the finance charges, or the costs above and beyond the original balance of the loan. Using this loophole, they could bundle the two together, hiding finance charges in the amount financed. This allowed these companies to offer “zero percent APR” in auto loans, while simply hiding the APR in the amount financed.

However, while some loopholes in the act do exist, there can be no doubt that TILA has improved consumers’ access to information. TILA has forced lenders to come clean about the costs associated with a given loan and given consumers the tools that they need to fight back when they have been mislead or ill-informed about the debt that they have taken on. 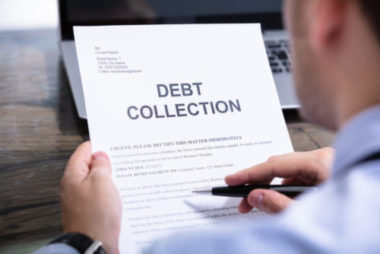