What Is the CFPB and What Does It Do? When you eat a head of romaine lettuce in the United States, you can feel confident that the vegetable you are consuming is safe, thanks to the efforts of the Food and Drug Administration (FDA). You know that, if there’s something wrong with your lettuce, the FDA will investigate it and take the appropriate steps to prevent it from happening again. The Consumer Finance Protection Bureau (CFPB) serves a similar function when it comes to debt. The primary purpose of the CFPB is to protect the interests of consumers when it comes to debt, whether that is student loan debt, a mortgage, or other loans or lines of credit.

Consumer Financial Protection Bureau: What You Should Know

The CFPB is a relatively new government agency, compared to older alphabet soup agencies that typically define the discussion about government regulation and involvement in the daily life of an American citizen. The idea for the CFPB was first proposed by Elizabeth Warren, who was at that time a professor at Harvard Law School. In 2007, Warren advocated for the creation of a government agency that could act as sort of a financial watchdog.

Just as other government agencies like the Food and Drug Administration (FDA) or the Environmental Protection Agency (EPA) watch over certain domains of American life, Warren’s hypothetical agency would monitor and regulate financial markets. This especially included mortgages — since Warren’s proposal came in the wake of the subprime mortgage crisis, where irresponsible lending practices led to economic disaster — but Warren also advocated for the regulation of other lending markets such as student loans and personal loans.

In 2010, Warren’s proposal for a financial services watchdog became a reality, as a part of the Dodd-Frank Wall Street Reform and Consumer Protection Act (colloquially known as just Dodd-Frank). Dodd-Frank was signed into law by President Barack Obama on July 21, 2010 as a response to the global financial crisis that rocked the world in 2008. The act was intended to add new regulatory checks on financial markets in order to put an end to the very sorts of activities that led to the financial crisis. These included:

Dodd-Frank introduced a host of new regulations to prevent risky lending practices from going uncheck in the future. Ideally, without putting too much of a burden on the financial system and limited the opportunities for economic growth.

One major feature of Dodd-Frank was Title X, which established the Consumer Financial Protection Bureau (CFPB). The agency is authorized to create and enforce regulations on financial institutions and services. In particular, those include mortgages, credit cards, and student loans.

The structure of the CFPB is somewhat confusing, since at its creation it took on the work of seven other federal agencies, unifying them under a single organization. The Director of the CFPB is appointed by the president and confirmed by the Senate, after which he or she will serve a five-year term. The CFPB receives its funding from the Federal Reserve.

The first Director of the CFPB was Richard Cordray, who was appointed in 2012 by way of recess appointment by President Obama. Cordray was later confirmed by the Senate in 2013, although he would go on to resign his post in 2017. At that time, President Trump nominated Mick Mulvaney to the position. It is a point of some controversy that the CFPB Director can only be fired for being inefficient in the work, neglecting their duties, or engaging in wrongdoing.

What Does the CFPB Do?

Broadly speaking, the CFPB has the authority to create regulations for financial products in the United States and the power to enact punishments for entities that are found to have violated those regulations. The CFPB will sometimes sue financial institutions such as banks, credit unions, or check cashing stores who they are accusing of practices that are unfair to consumers.

Powers and Authority of the CFPB

Historically, the CFPB has often acted to prevent illegal or allegedly illegal activities in three financial domains: credit cards, mortgages, and student loans. Let’s take a look at some of the things that the CFPB has done on behalf of consumers.

In this case, American Express settled outside of court with the CFPB, the Federal Reserve, the Office of the Comptroller of the Currency, and the Utah Department of Financial Institutions. In this settlement, American Express agreed to pay $85 million to roughly 250,000 consumers who had allegedly been harmed by the company’s practices. American Express also paid $27.5 million to regulators in fines for their alleged activities.

Risky mortgage lending practices played a major role in the Great Recession, which was a major motivating force in the drafting and passage of Dodd-Frank and the creation of the CFPB. Regulation of mortgages and the lending practices surrounding them is a big part of what the CFPB does.

In 2014, the CFPB issued new mortgages rules that were intended to make mortgages safer for both consumers and the economy, protections against mortgage steering, a process whereby third parties would try to guide home buyers into higher cost mortgages, make the lending and repayment process for mortgages more transparent, and give homeowners more tools to help them repay their mortgages.

Student loans are a very common form of debt that many people take on today. In 2017, Americans collectively had more than $1.3 trillion in student loan debt, making student loans a massive burden on many American adults.

In the lawsuits, the CFPB along with attorneys general from several states allege that Navient had been engaged in dishonest and unfair lending practices, including:

In addition to student loan servicing companies, the CFPB also keeps an eye on for-profit colleges. In 2016, the CFPB took action against Bridgepoint Education, a for-profit educational institution. The CFPB ordered Bridgepoint to “discharge all outstanding private loans the institution made to its students and to refund loan payments already made by borrowers.” This action resulted in over $23.5 million paid out to consumers who were affected by Bridgepoint’s practices and $8 million in fines paid to the CFPB.

Payday loans are a type of lending that can often coexist with predatory lending practices. These practices are meant to take advantage of a lender’s vulnerable position in order for the lending company to take advantage of them for profit. They can leave many borrowers trapped in a cycle of debt by imposing harsh fees and unreasonable interest rates that many borrowers can only repay by taking out yet another loan, which also includes fees and high interest rates.

In order to protect borrowers from predatory lending practices, the CFPB issued rules which required lenders to take steps to affirm a borrower’s ability to repay their loans while still being able to keep up with basic living expenses.

As part of its role, the CFPB collects and publishes consumer complaints about financial institutions. This information is available in the CFPB’s Consumer Complaint Database. Each complaint includes information about the consumer (some of which is redacted for privacy purposes), the consumer’s account of how they were wronged by the financial institution in question, and whether or not the company has responded and, if so, how they did and how quickly they were able to handle the situation.

The CFPB is one of many consumer protection agencies and it often works with other agencies to bring offending companies and individuals to justice. However, it’s important not to confuse the CFPB with other regulatory agencies, such as the Federal Trade Commission (FTC) or the Federal Deposit Insurance Corporation (FDIC), both of which sometimes share similar goals.

Differences from the FTC

Like the CFPB, the FTC is focused on protecting consumers from unfair business practices. However, whereas the CFPB is focused on fairness and consumer protection in financial institutions, the FTC’s domain includes businesses more generally. In fact, the FTC does not have any consumer protection authority over banks and credit unions. Instead, this is the CFPB’s domain.

Differences from the FDIC

The FDIC was formed in 1933 in response to the banking failure of the 1920s, which caused the Great Depression. The FDIC’s main function is to insure the deposits of consumers in American banks, helping to secure faith in the American banking system. However, while the CFPB is funded by the Federal Reserve, the FDIC is funded by insurance premiums paid by banks. The FDIC regulates banks in order to keep the financial system stable, but they are not concerned with individual consumer needs in the same way that the CFPB is, nor is their scope as broad as the CFPB. 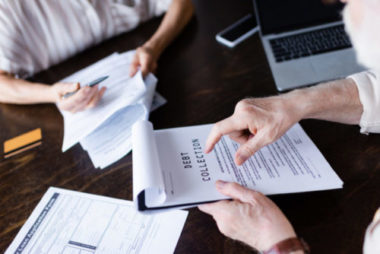 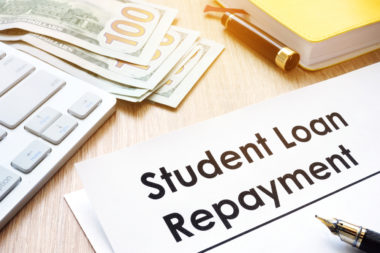