What Is the Minimum Wage in Washington State? 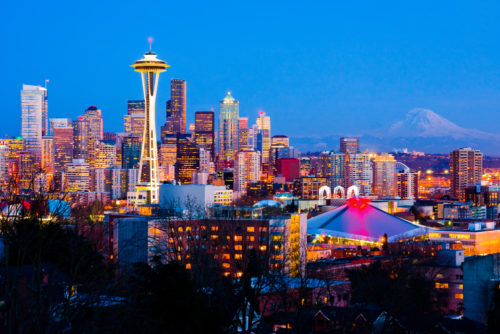 Washington State has made some substantial changes to the state minimum wage over the years, although some of these changes have not gone into effect yet. Washington’s minimum wage is a great deal higher than the federal minimum wage of $7.25 per hour, and it will continue to increase.

There are certain exceptions under which a person may not earn the full minimum, but by state minimum wage law, employers in Washington must pay employees over the age of 16 at least $13.50 per hour. This applies to agricultural and non-agricultural workers alike.

In the history of the Washington minimum wage, the state’s journey toward the $13.50 minimum wage began in 1998. That year, citizens voted for the Labor and Industries (L&I) Department to change the minimum wage each year based on the cost of living. This yearly adjustment went into effect until 2016, when the rate hit $9.47 per hour.

Additionally, there are other facets of the Washington minimum wage that make it unique.

The minimum wage for tipped employees is $13.50 per hour. In some states, employers can count tips as credits to help them meet the federal minimum wage requirement. In Washington State tip credits are not legal, rather employees who earn tips also qualify for the minimum wage. These employees include servers, bartenders, bussers, bellhops, and anyone else who earns tips.

The yearly minimum wage for salaried or piece work employees is $28,080. This applies to workers who work for 40 hours each week. This is the pre-tax amount.

The City of SeaTac (located midway between Seattle and Tacoma) has its own minimum wage for hospitality and transportation workers. In 2013, the King County Superior Court ruled that these workers must receive a wage commensurate with the cost of living in the city. Since then, the city has continued to calculate increases to minimum wage rate for hospitality and transportation workers based on the rate of inflation.

Minimum wage in Washington state will continue increasing annually based on the rate of inflation.