The U.S. surpassed its record high for gas prices in March 2022. Since then, pricing continues to climb, leaving many people wondering if it will ever stop. So, why are gas prices rising so rapidly? Several factors currently affect the price of gas, including crude oil costs, the Russian invasion of Ukraine, and significant breaks in the supply chain.

The U.S. experiences a spike in gas prices every year around the summer season when people travel the most. However, the current conditions appear to be a unique situation. While the areas of the country that generally have the lowest costs per gallon remain the same, even they face consistent rises with no end in sight.

What drives gas prices is a combination of many moving parts that play a role in production and retail. Supply and demand have a significant effect on pricing in any market. The cost of producing, refining, distributing, and marketing for the oil and gas industry also contributes to the product’s final price.

Disruptions to the Supply Chain

The basic layout of the supply chain for gasoline contains five links:

Each stage in the supply chain contains many components that can affect the final price. Some of them are precarious, which is why the price of gas fluctuates as much as it does.

Any disruption in the production of crude oil will limit the availability of gas. For example, offshore drills face complications during tropical storms. Hurricane season begins around early June each year, decreasing the domestic supply.

During that same time, U.S. ports close due to unsafe conditions for ships bringing in any imported oil or gasoline from other countries. As the supply of crude oil decreases, the cost increases.

Cost of Refining and Blending

Gasoline refineries are present in various regions across the country. Each facility has discretion in determining how they charge for the refining process. Additionally, air pollution concerns can affect production in certain areas, while the cost of ethanol and other blended ingredients can do the same.

So, again, why are gas prices rising? The answer requires consideration of each variable along the supply chain.

Storage and distribution are parts of the process affected by overlapping variables. For example, pipelines are the most common form of distribution from the refinery to the bulk terminals, where trucks collect the finished product to distribute to the gas stations.

If the same company owns the refinery, terminals, and retail locations in a particular area, the gas is likely cheaper in the gas stations they supply. Therefore, the fewer transactions there are during the distribution process, the cheaper the gas.

Another relevant condition causing this increase in cost is the post-pandemic demand for gas. School is out for the summer, and the travel restrictions enforced during the pandemic are significantly lighter. As life starts tipping back toward the point of ordinary for most people, the demand for gasoline increases. However, interruptions to the supply chain in 2022 make it difficult to meet the growing demand.

Speculations run wild when people talk about the rising gas prices in 2022. When you ask, “why are gas prices rising,” you may get one of many talking points for an answer. In truth, the answer is much more complex.

What Does the Keystone Pipeline Have To Do With Rising Gas Prices?

In January 2021, the Whitehouse canceled the production of the Keystone XL pipeline, which would carry crude oil from Alberta, Canada to Montana, Nebraska, and South Dakota. A common misconception about the Keystone pipeline is that it somehow affected the rising gas prices.

However, since the pipeline was never in operation, it never affected the transport of refined oil or the cost of gas.

The rising gas prices have virtually no correlation to pipelines or importing from Canada. The U.S. still receives crude oil through the existing pipelines and railways in use before construction began on the Keystone pipeline. Additionally, had the government allowed construction to continue, the projected completion date was not until 2023.

Therefore, why are oil prices so high in 2022? The answer is not the demise of the Keystone pipeline.

How Does the Russia/Ukraine War Affect Oil and Gas Prices?

When Russian soldiers invaded Ukraine, the U.S. and many other western countries began using financial sanctions to pressure the Russian government to withdraw and stop the fighting. Russia is the third-largest oil producer in the world and second in exporting crude oil, and it continues to participate in the oil trade, albeit not at the same level as before.

As a result, the U.S. feels the pain of this conflict through shortened imported oil supply during a time of increasing demand.

How Else Does the Summer Season Affect Gas Prices?

As previously discussed, oil and gas prices begin increasing around Memorial Day because of the vacation patterns of U.S. travelers and hurricane season. However, the switch from winter-grade to summer-grade gas also affects pricing. Following amendments to the 1990 Clean Air Act, gas and oil companies must use a different blend of gas from June 1 to September 15 to help reduce pollution.

So, why are oil prices so high in the summer? The compound is different and more challenging to access. Therefore, the price per gallon increases as much as $0.15, depending on the region.

Why Are Gas Prices Still Going Up?

Why are gas prices so high in 2022 and continuing to increase? You cannot answer this question without discussing the issue with domestic supply. Why are oil prices so high when the U.S. has an ample domestic supply and oil companies have thousands of drilling permits to access the supply? The answer requires consideration of a few factors:

So, why are gas prices rising when these drilling sites are available? The short answer is using them is not always profitable for the company, even though it would benefit the general public.

Do Oil Companies Face Other Challenges?

As you consider the choices and activities of oil companies in the U.S., remember these companies face many of the same issues plaguing other companies post-pandemic. For example, some struggle to find the human resources and equipment to build and operate new drilling sites.

Additionally, companies face pressure to payout to shareholders, and drilling would reduce profits rather than increase them.

Will Gas Prices Go Down Soon?

Predictions about the rising gas prices are bleak for the general public. Petroleum analysts believe prices will continue to rise as long as the demand increases and the war in Ukraine remains an issue. The best the people of the U.S. can do is try to conserve and slow down the demand.

Otherwise, this issue may roll over into another year. The only promising prediction is that gas prices will drop at some point, but these are unprecedented times, making it difficult to say when it will get better.

Why Are Gas Prices Rising When More Oil Rigs Are Online?

Despite the companies sitting on drilling permits and underusing the U.S.’s domestic supply, there are more oil rigs online and in use on American soil than there were at the same time last year. The reality is that the demand reached pre-pandemic status faster than the supply. Oil production in the U.S. continues to increase, albeit slower than it could, which is promising news for consumers.

What Do the Energy Markets Say About Crude Oil?

Some of the current predictions about crude oil are promising. For example, in June 2022, the cost per barrel dropped by $0.37 from the previous month. Additionally, China began to ease the restrictions placed during the pandemic on regions with heavy oil production. These changes support the idea that global economic activity will increase as more countries open.

However, this does not necessarily translate into lower gas prices for the U.S. Until other issues resolve, you may ask, “why are oil prices so high” for a while.

Where Is Gas More Expensive?

The people of California undoubtedly ask, “why are gas prices so high in 2022” more than any other state. Californians continue to face the highest gas prices in the country for three primary reasons:

In general, gas prices fluctuate more locally than just by state. Specific regions within California pay more per gallon for several reasons, including less access to refineries and more demand. So, why are gas prices rising to higher costs in California than anywhere else? The answer is simply that gas prices in California are always higher regardless.

Where Is Gas Least Expensive?

Why are oil prices so high in California compared to Oklahoma and Texas? The simple answer is proximity to refineries and pipelines.

Combined, Oklahoma and Texas have 32 oil refineries within the states’ borders. Twenty-seven of those refineries are in Texas. Additionally, Texas produces more than 5.1 million barrels of crude oil a day, which is more than one-fourth of all crude oil production in the U.S. In comparison, California produces less than half a million barrels in a day.

One of the largest oil, gas, and chemical companies in the world, ExxonMobil, has a home base in Irving, Texas.

How Do You Sum Up the Current Gas Price Issue?

The burgeoning questions about gas prices right now have answers. For example, why are gas prices rising? Essentially, they always are this time of year due to seasonal changes and weather conditions. Why are gas prices so high in 2022? Combine the expected increases in demand with the conflict in Ukraine causing disruptions in the supply chain, and you already have significant effects on gas prices.

Finally, why are oil prices so high? Oil companies continue to limit their use of available domestic reserves, primarily for profit. You add all these individual components together to create the perfect storm of increasing gas prices in 2022. 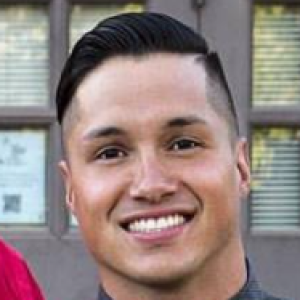 Andrew Reyes is a website manager for numerous websites, including Fiscal Tiger. In his free time, Andrew continues to research and learn all about the different fiscal responsibilities and techniques it takes to be successful in life. Andrew has had a strong interest and found success in finance, banking, and real estate for over 10 years.
More by this author