What’s the Difference Between Debt and Deficit? 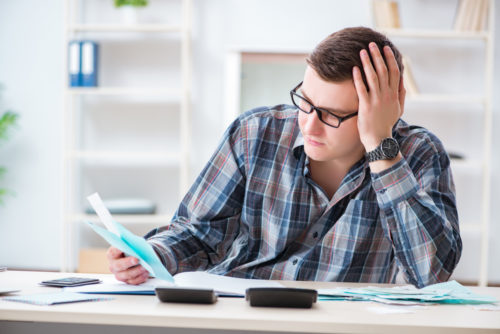 While debt and deficit might sound similar, they’re actually distinct concepts in the world of finance and economics. Both in terms of personal debt and deficit, and the much larger and more complex debts and deficits of whole countries, there are a few key differences that set these terms apart.

In our personal lives, debt might include credit card debt, loans used to finance large purchases, and other money owed to individuals or organizations. Because deficits occur when you spend more money than you make, debt can include many years’ worth of accumulated deficits. In general, it’s often a bad thing to consistently run a deficit at an individual level.

On the macro level, debt refers to the total amount of money a government owes or has borrowed. In 2019, the United States national debt increased to over 22 million dollars. This money is owed to other countries or to individuals in the form of Treasury-backed bonds, bills, and notes. The national deficit is the gap between national spending and revenue in any given year. Debt and deficit can have both positive and negative impacts at the national level.

The US Budget Deficit

In the United States, yearly budget deficits occur when revenue is lower than spending. The government collects revenue primarily in the form of taxes, and spends money on programs like defense, healthcare, education, and fund other government benefits, programs, and agencies.

Since 1970, the United States has operated at a deficit for all but four years. Historically, deficits have often occurred during times of increased government spending, especially during war or depression. In the present day, however, yearly deficits are commonplace, reflecting a mismatch between government revenue and spending that continues to grow. In order to operate at a surplus rather than a deficit, the government would either have to increase revenue (usually in the form of increased taxes) or decrease spending (usually in the form of cuts to government programs.)

Each year that the United States operates at a deficit, this lack of money contributes to the national debt. When the government operates at a surplus, however, this extra money can reduce debt. The national debt is the total accumulation of budget deficits and surpluses over the years.

In order to continue paying the bills and financing expenses like defense, healthcare, education, and more, the government takes on debt each year in order to make up for the deficit. The United States does this primarily by issuing Treasury-backed bonds, bills, and notes to investors. These debts are generally considered to be safe investments, since they’re backed by the United States government itself. The government may also lend money to itself in order to make ends meet, siphoning money from places like the Social Security Trust Fund.

How Do Debts and Deficit Spending Affect the Economy?

Debt and the deficit are often framed in purely negative terms. While this might often be the case on an individual level, it’s far from always the case at the national level. In reality, debt and deficit can have both positive and negative effects on the economy as a whole. Deficit spending can allow the government to pay for important programs regardless of revenue, and can even help to stimulate the economy, particularly during times of economic recession and depression. On the flip side, debt and deficit can also lead to inflation, budget cuts, and economic stagnation.

Inflation and the Value of the Dollar

National debt and budget deficits do have some adverse effects. They can negatively impact the value of the dollar, making it worth less. While this might allow the United States to pay back its debts more easily, it also indicates to potential investors and lenders that Treasury-backed bonds and bills are risky investments. This, in turn, can increase interest rates, further adding to the national debt and limiting overall economic growth.

When the government operates at a deficit, programs that rely on federal funding are often at risk of being cut or canceled in order to reduce the deficit. Deficit spending and the resulting financial concerns can have a particularly negative impact on social programs like education and welfare, which are sometimes viewed as less important than other types of spending.

Since the government often dips into funds like the Social Security Trust Fund in order to finance deficit spending, these programs are also at risk. While the government can draw on a surplus of Social Security funds when there are more people in the workforce than collecting benefits during retirement, the Social Security Trust Fund then also runs at a deficit when larger generations reach retirement age while smaller generations continue to work. This ultimately only continues to add to the yearly deficit and overall national debt.

Operating at a deficit can also result in less spending on other programs, especially programs viewed as new, experimental, or non-essential. While established programs like Social Security and Medicare are generally protected by public consensus, new or alternative programs that aren’t already well-integrated into daily life may not be able to receive the funds necessary to accomplish their aims. This means that the deficit not only can have a negative effect on the economy, but can also negatively impact the individual lives of many Americans who might otherwise have benefitted from new government programs.