What Is a Co-Op and How Does a Cooperative Business Work? You’ve likely heard of and might have even shopped at a co-op. You may live in an apartment or group of houses that is described as “cooperative housing.” But one thing might be unclear to the casual observer: What sets these businesses apart? What is a cooperative business?

A co-op, or cooperative business, is an organization that is managed by its members. Rather than operating as a private or public company — where production, distribution, and other decisions are largely based on the desires of higher-ups or shareholders — each member has a say in how the organization functions.

How does this structure work? What kind of impact does it have on how the business operates? And what are the advantages and disadvantages of forming a co-op? Let’s dive deeper into the specifics of the cooperative business model, some real-life examples, and why forming a co-op could be a smart business move.

As noted above, a co-op is an organization that is owned and governed by its members. However, the definition goes a little deeper than that. As explained by the National Cooperative Business Association (NCBA), a co-op is a business that adheres to seven cooperative principles:

This business structure can be adopted by anyone interested. Individuals, businesses, nonprofits, and other entities can create, own, and operate a co-op.

What do these businesses look like in the real world? Let’s take a look at some examples:

Groups of agricultural producers or industrial workers may opt to form cooperatives in order to access goods/services, find qualified workers, market their goods, or collaborate in storage or distribution.

Credit unions are markedly different than banks. They are owned by consumers; those who take part in their financial services are member-owners. They come in a variety of sizes and may opt to provide services for people with specific needs or who meet certain qualifications.

Member-owned retail stores and wholesale operations are designed to decrease production/distribution costs and meet community needs. They exist in a wide range of industries, though the methods in which they streamline food production are notable.

Also known as resident-owned communities, real estate cooperatives can include apartments, groups of homes, or individual homes. Members (tenants) pay for the mortgage and maintenance of the property. While there are usually more restrictions for such property, each member also has a say in how things are operated.

These are only a few examples of co-ops, and there a wide range of such organizations in every sector. As you can see, this business model can be applied in a variety of industries.

After looking over these examples, you may have some questions. How does co-op ownership differ from an LLC, a business partnership, or a publicly traded organization? As noted above, members of a co-op operate democratically, and each has a say in how things are operated. Other types of partnerships differ in major ways:

Why Form a Co-Op?

Reading over these differences certainly shines a positive light on the cooperative business model, but there are both advantages and disadvantages to forming a co-op. Before deciding to establish one, or to reform your current organization, weigh the pros and cons discussed below.

There’s no doubt that giving each member of a business a voice can instill a sense of pride and motivation. People naturally want to be a part of something bigger than themselves, and when your managers, employees, and customers have a say in how business is operated, everyone involved will be more motivated to see it succeed.

Secondly, co-ops make a positive impact on their communities. When co-ops improve the lives of those around them, positive buzz can influence more consumers to become a part of one. This brings in new shoppers and members, compounding the organization’s ability to continue doing good.

As such, it may be easier to acquire funding, depending on the organization’s marketing and level of success. Members, eager to earn equity with the co-op, will be willing to make contributions. If a business is able to establish itself in its community, earning more awareness and enthusiasm with locals, funding will become more readily available.

Disadvantages of a Cooperative Business

Many business owners opt not to form a cooperative for a number of reasons. For one, cooperative statutes vary by state, and many states don’t even allow them. As such, the choice to pursue co-op ownership may not be available to business owners in those areas.

Another negative is that co-ops require collective decision-making. While this empowers members of the community, it can also make the business inflexible. Responding to changes in the market requires dexterity, so grinding everything to a halt in order to take a vote can be problematic. Because members have a diverse set of values and interests, getting a consensus for some decisions can be next to impossible.

Acquiring money from investors or banks can also be complicated. Members of a co-op will want to keep the direction of the business impartial to external influences, which can make investors be seen as unwelcome. Furthermore, financial institutions may be reluctant to offer services to cooperatives because they may view the business model as too untraditional or risky. 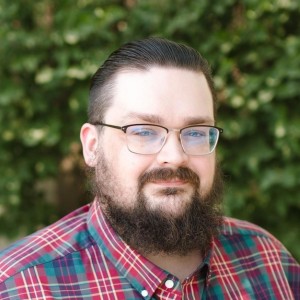