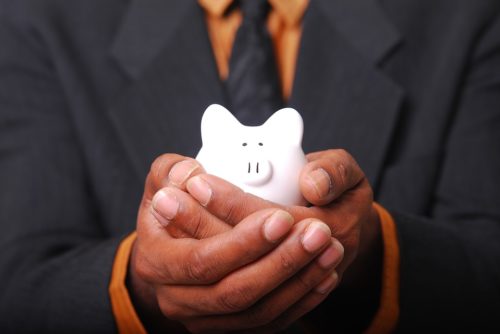 How do you define wealth? Some people define this by physical money they have in the bank. Some define it as a lifestyle achievement; being comfortable enough to save up and live happily. Still others define it as an investment. But can wealth be independent of debt, or is debt the opposite of wealth?The common belief might be that debt and wealth are opposite ends of the spectrum, but how does credit debt and your credit score play a part in that? If you play your cards right, debt can be a benefit. Not everyone can afford a home or car outright, and debt certainly shouldn’t be seen as a disadvantage in these situations. Additionally, people can be in poverty, but have exceptional credit score numbers. It’s as if your bank thinks you’re wealthy and financially stable, but you know you’re really living paycheck-to-paycheck.What is the difference between your credit score number and your personal finances? How can one side do so well, while the other suffers, and is it bad for your overall finances? By looking at the advice of experts, let’s dive into the difference between poor credit versus poor income.

Can You be Poor With a High Credit Score?

For those of us living within the ‘poverty’ bracket, it might seem impossible to fathom being eligible for a massive loan. Yet, it happens quite often, and income does not always discourage lenders from setting up manageable loans. It’s actually quite common to find a high credit score despite a high income. In 2015, according to an Experian survey, about 58 percent of those surveyed had good to exceptional credit scores, while only 30 percent had poor scores. When considering the factors that lead to a high credit score, it makes sense. Accurate and timely payments, minimal new applications to loans, and a low debt utilization ratio are all major factors in determining your credit score. You don’t have to be rich to be able to pull those things off, but if you’re struggling financially, those payments might be causing some major pressure points.The Money section of Time Magazine analyzed this distinction between a high credit score with poor personal finance. There are some important factors to consider when looking at your credit score in relation to your income. When does debt become dangerous for low income individuals? Time Magazine breaks down three key pressure points:

Although credit score health can seem easy for some people, it is far too common for debt to get out of hand if you’re not financially healthy. It’s always important to budget your income and ensure that you’re not throwing away money by trying to pay off your debts. Being financially healthy means your debts are being paid, and you’re able to save some money on the side as well. It can be difficult to get there, but we should all strive for that sweet spot.

Is Having a Low Income and Low Credit Score Bad?

If you are not fortunate enough to have a high credit score, you shouldn’t worry either. It can be extremely difficult to improve your score if you’re already buried in unpaid debts and high interest rates. As one financial expert attested due to his personal experience, it can be impossible to save up for “a rainy day” when your debt is out of control. Geoff Williams is a coauthor of the book Living Well With Bad Credit. He was hit hard by the stock market crash of 2008, and was forced to file for bankruptcy shortly thereafter. However, within a year he was back on his feet, and despite his low score, was well on the way to becoming financially dependent again. All it took was some smart decisions on what debt should be avoided, and regular payments on the debt that existed. In fact, loans and debt are not off limits for those with a low score, but they should always be approached with caution.Williams especially draws attention to the different types of debt available to consumers, and which ones people should think twice about. He even admits to using payday loan services — loans that are typically seen as predatory and dangerous — but he believes can be used to anyone’s advantage if you crunch the numbers correctly. Store credit cards, on the other hand, he found to be a temptation that is worth avoiding. Overall, it’s not impossible for people with bad debt to live happy and financially independent lives. It just takes some time building up best practices and being smart about your spending. Williams noted in an interview for Time Business: “Just as beauty is in the eye of the beholder, a good credit risk is in the eye of the lender. A lender will be encouraged to see that you’ve had steady income over time, but he or she won’t be excited to wave their magic wand and give you money if you’re still missing payments left and right. Your best shot of getting a loan with bad credit is to show that you finally have steady income—and that lately you’ve been making your payments and keeping your creditors happy. At that point, especially if you’ve been doing this for, say, six to 12 months, living with bad credit is almost a breeze, because the older your debt, no matter how bad it was, the less relevant it becomes to lenders”.Williams goes on in the interview to give advice on how to live relatively happily with debt, despite a bad credit history, and a low income. He suggests finding alternatives to housing to help you save up (a yurt, as well as renting in a ‘bad — but not dangerous — part of town’ were both suggested), and that sometimes getting denied for a loan is really a blessing in disguise. Lenders and bankers are great at math, and if they can tell that you won’t be able to pay off your existing debt along with new debt, then they probably are right. The last thing you want is to dig an even deeper hole than the one you’re already floundering in.

Using Debt to Your Advantage

Debt can often be seen as a scary weight to carry, but you should not write it off completely. If you’re smart about your finances, and know how much you can pay back each month, then debt can often be advantageous. Home loans, as well as car loans, and student loans all allow people the opportunity to better their current credit score standing, as well as their life. However, every opportunity for debt should be considered with caution. Consider your income, and how much is left over after you pay your bills. Are you able to save up at all, or are you barely staying above zero? Poverty can be a hard cycle to break out of, and it certainly isn’t easy to live through. However, you can still be smart about your spending and your debt while living on a small wage. Don’t allow your spending to exceed your limits, and use debt to your advantage if you can afford it. Whether you have a strong credit score, a low credit score, or somewhere in between, don’t let that number define you. Creating a stable financial plan as well as a strong credit score is a tough balancing act, but with determination and smart spending, you can get there.

Want to achieve a high credit score? Find tips and guides at our credit score resource and learning center. Do you need to dispute entries on your credit report? Visit our letter template resource center for tips on contacting the credit bureaus and creditors.