I Resent My Husband for Not Making Enough Money, and It’s Killing Our Relationship An unbalanced relationship can put a strain on any marriage — particularly when it comes to matters of money. When one person is pulling the majority of the weight and that doesn’t change, it can lead to resentment. Resentment can lead to the B-word, or even worse, the D-word. Heaven forbid you breakup or divorce your husband, but this state of affairs is especially taxing.

There’s definitely some tension in the mix. Husbands tend to lie about their wages in surveys when their wives make more than them. This might not come as a surprise to you if you’re a married woman who makes more than your husband. It seems minuscule, but husbands who make less than their wives report earnings 2.9 percentage points higher than their actual earnings.

A Question of Gender Roles?

Maybe husbands lie about their earnings because they were raised to think men are supposed to be the “breadwinners.” We were all raised in a world that actively assigned and reinforced gender roles. However, many women don’t think it’s a big deal for them to make more money than their husbands. After all, this is a capitalist democracy — isn’t the amount of money you make supposed to be indicative of how hard you work?

Knowledge is now king — or rather, queen — in this society, meaning good work is usually smart work. Your earnings are what they are because you don’t just work hard, you use your intelligence to inform the work.

I Make More Money Than My Husband

According to the Census Bureau, 9 percent of women make at least $30,000 more than their husbands, and that was back in 2015. What’s more, women make up at least 47 percent of the workforce.

Yet Pew reports that most women are still making less than men — for every dollar a man makes, a woman makes 83 cents. From your husband’s perspective, let’s say there’s some dissonance he may be only partially aware of. He expects to make more. He’s been conditioned to be the breadwinner, but his attitude is being undercut by reality. In turn, you might be resentful of his inability to accept that modern gender roles have changed. It’s not your fault that you earn more simply because — given your merit and effort — you should earn more.

But My Husband Won’t Get a Job

Maybe it’s a little too generous to say this is a nuanced question of gender roles. Perhaps the fact is that he isn’t working while you work your butt off to make a living for the family.

Gender roles or no gender roles, there are plenty of opportunities for work out there. As of this writing, the most recent jobs report revealed that only 3.9 percent of people don’t have a job. That means it’s a job-hunter’s market, as companies scramble to attract candidates from a small pool of people who still need a job. After the Great Recession, in 2010 the unemployment rate hit 10 percent. The recovery seems like it took a while — especially if your husband lost his job because of the recession and hasn’t been able to get a job ever since — but for all intents and purposes, the recovery has been a success.

The list of available jobs that are out there seems endless. Unemployed people can find part-time or even full-time work doing gigs with gig economy apps. With all the opportunities on the table, it may seem like your husband is choosing not to work merely because you already have a job. Maybe he’s being too picky. Or maybe he has taken this role reversal thing — the wife as breadwinner, the husband as stay-at-home husband — too far. Times have changed and women are now gaining steam in the workforce, but that doesn’t mean men shouldn’t work.

If I Lose My Job, He Won’t Be Able to Compensate

This is the most troubling factor. You may be working on building up your retirement savings, but retirement savings are for an express purpose and should remain untouched until you retire. If your family has a financial emergency, your husband won’t have a salary to help fill the gap.

You could take out loans, get more credit cards (read: borrow more money), appeal to friends and family, or even try crowdfunding, but you don’t want to have to resort to desperate measures.

It would be far better were your husband to have a job to provide backup money in the event of a crisis. About 55 million Americans have no emergency savings. Your husband’s jobless state of affairs is especially troublesome if your family is among the 55 million.

Anyone faced with this level of tension and strain in a marriage might contemplate divorce. It’s only natural. However, a study of 52 couples revealed that money issues were not the “final straw” reasons for divorce. The biggest issues for those couples were “infidelity, domestic violence, and substance use.” Likewise, according to Psychology Today, over 2,000 people reported that divorce was due to factors other than money, such as a lack of commitment.

However, one of the reasons for divorce in the same Psychology Today survey was, “Too much conflict or arguing.” An imbalanced financial relationship could lead to an excess of arguments. Your resentment could bubble over into explosive arguments — and maybe that’s already happening.

At least now you’re identifying the problem. Any relationship counselor will tell you this is the first step. The next is to prioritize communication and establish trust. Resentment could stem from the fact that you’ve identified the problem and communicated with your husband, but you don’t trust him to get a job and make more money, or he has not been proactive about solving the problem.

Should I Feel Bad for Resenting Him?

No. The only event in which your resentment would be misplaced is if your husband has no idea you want him to make more money. If you put on a happy face and do not reveal your feelings, and if there was a time when you told him he should be a stay-at-home husband, no problem, there’s a good chance he thinks everything is roses.

Any feelings of guilt on your part may stem from the nature of the issue. Money is a hard thing to talk about and make a stand over — many people consider money arguments to be petty. You’re not trying to be cheap, nor are you trying to be materialistic. There’s just the very real concern that he is not pulling his own weight in a relationship that should be equal parts trust and independence. Every relationship needs a certain level of independence. If your husband is able to be financially independent, you are able to trust he is choosing to be with you not for financial reasons, but for love.

Resolving the Tension, Conflict, and Guilt

Anybody in your situation would be angry about having to solve this sort of problem. After all, the problem seems to be the result of your husband’s actions, not yours. Furthermore, you may feel guilty for being resentful and angry. “It’s just money,” you might tell yourself. “Perhaps it’s not as big of a deal as I think it is.”

There isn’t an easy fix for problems like these because you can’t force anybody to do anything. That said, you can take action yourself. Express your feelings to your husband and ask him if he is willing to go to a marriage counselor. You’ll pay for the counseling time! Perhaps this suggestion alone will cause him to take action. If not, then the counselor will be able to help you find a resolution.

Whatever happens, clearing the air will be better than harboring resentment for your husband. 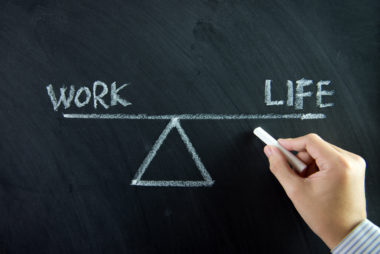 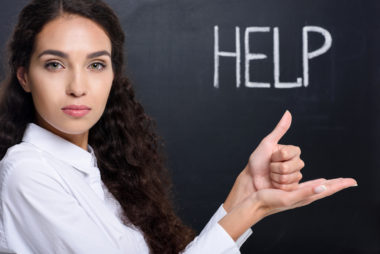