How Much Should I Have Saved by 40? Whether you are entering your 40s or are just trying to plan for the future, it’s important to know how much money you should have squirreled away for retirement. This is especially important if you are aiming to retire at 67, with the average cost of retirement closing in on $1 million in the bank.

How Much Should I Have in Savings?

How Much Do I Need to Retire?

This is a tricky question, as it is also based on your lifestyle. If you live frugally, you won’t need to save as much to retire. However, the average retiree lives off of $30,000 to $45,000 a year, with a significant portion of that coming from Social Security.

AARP provides an excellent retirement calculator based on your income and how much you are currently saving, and based on your expected lifestyle.

Solid advice is to save $1 million for retirement. This may seem like an outrageous number, but savings, company contribution matches, and utilization of retirement accounts can help you realize this goal.

Saving for Retirement in Your 40s

Generally, the best advice for saving for retirement is if you haven’t already, start saving now. The key is to open retirement accounts, contribute money, and let compound interest build your savings. The contribution limit for 401(k) plans was raised for 2019, up to $19,000 per year. IRA limits increased to $6,000 per year.

To get started, you will want to open a retirement account. Through your work, this is called a 401(k) plan. Private plans are referred to as individual retirement accounts, or IRAs. A traditional IRA does not see contributions taxed until you take the money out, presumably after you have retired. A Roth IRA imposes taxes as the contributions go into the account, meaning there are no tax implications after retiring.

If you are already 40 and haven’t started saving, now is the perfect time to fix that. It will be harder than if you had started in your 20s, but it is far from impossible. Open a retirement account, and be as aggressive as possible about contributing. It might be a good opportunity to ask for a raise in order to put more money away, and to create a personal budget to see where all of your money normally goes. From there, you can live frugally now in order to have a better retirement. If you have debt, living frugally can help pay down the debt while still contributing to your retirement account.

Bear in mind all of these are simply guidelines. You might find yourself laid off for a year in your late 30s and unable to make retirement contributions. Or, you might have to work for less pay than you would like, and can’t put as much away for later. Just be sure to try and catch up when you can, and save money for an easy, fun retirement. 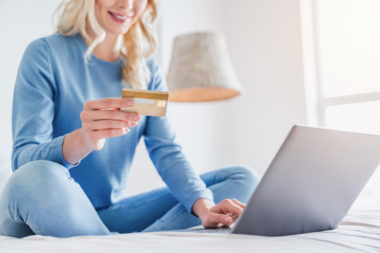