The Economic Policy Institute (EPI) illustrates the gap between a CEO’s earning and that of an average earner as 5.5 times as much. That same study done by the EPI shows that in 2017, the CEO-to-worker compensation ratio was 312-to-1. This was significantly higher than the ratio in 1965 and 1989. It is important to understand that this ratio is not a comparison of the highest income earners versus the lowest income earners, but a comparison of the CEO compensation versus the lowest-paid workers in the firm.

What Is Executive Compensation?

Executive compensation, CEO pay, or executive pay consists primarily of compensation for an executive and their contributions that lead to the “innate” success of the business. Some of the executive “innate contributions” are actually CEO responsibilities that are delegated to other employees according to an article from Stever Robbins Inc.

It is important to keep in mind that not all compensation packages are based on performance. Many businesses have recurring annual bonuses that have nothing to do with employee performance at all, which is another reason as to why some may view these bonuses as unfair. Although there is no instruction manual on how executive compensation packages work, there are some customary ways that companies compensate their elites.

are intended to coincide with the performance or some other measure of the work that an employee or an executive is producing. Typically these bonuses are given annually, but they are also sometimes given around holidays such as Christmas Sometimes holiday bonuses differ from standard cash bonuses as well. The bonus is typically given on top of salary or agreed hourly pay. Bonuses may be awarded to entry-level positions in some cases. In other cases, bonuses are given to all employees. In most cases, bonuses are more customarily awarded to executives.

Often times CEOs are paid a base annual salary. This amount is set in stone regardless of performance. This means that when the company is performing successfully the pay is inflexible. This also entails that when the business is not performing up to par that the CEO is still being paid at the stationary salary.

The intent behind both stock options and stock ownership is to unite the goals of shareholders and executives.

Stock options are offered as a type of compensation that acts as a win-win situation for executives. When the shares rise in price, the CEO makes a large amount of profit. But when the shares drop in price, the investors are the only ones who feel a loss.

There are issues that may arise on multiple levels from executive compensation:

The idea of CEO or executive pay leads to the discussion of income inequality. This, in turn, brings forward the idea of ethics in relation to executive compensation. According to the IRS, the income earned by the top 1 percent of income earners in 2014 rose 20.6 percent from 2013, and the trend continues to grow. One percent of the United States falls under the wealthy category of income earners according to the IRS. If wealth was distributed based on performance and contribution to the company, the wage gap would lessen, and truly reflect the effort that is integral to a company’s success. 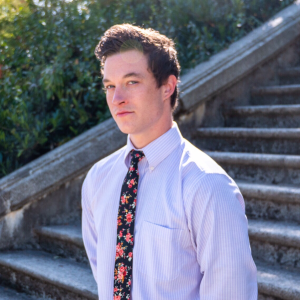