Becoming self-sufficient, providing for your family, being able to pay rent, buy groceries, and maybe have a bit on the side to save or go out isn’t asking all that much. However, this is out of reach for many Americans who struggle to make the living wage where they live.

What Is a Living Wage

The living wage is the basic income required to cover the cost of a family’s basic needs. Under a living wage, it is essentially what a family needs in order to live paycheck to paycheck; enough money to pay for shelter, food, and other essentials, but not enough to have extra to put into savings, for eating out, or other non-essentials.

Paying for Rent, Groceries, and Bills — Only

With a living wage, you would be able to have a decent standard of living, if not living a comfortable life. However, even the guidelines for a living wage doesn’t take into account all monetary factors that most Americans have to live with. According to MIT’s living wage calculator, here is what a living wage accounts for:

The way the living wage is currently calculated, there are clear gaps between survival essentials and realistic needs of Americans. One prominent example of this being that a living wage doesn’t consider student loans, which, according to Forbes, over 44 million people are paying off more than $1.5 trillion in student loans as of 2018, with the average student graduating with over $37 thousand in debt. So while a living wage takes into account basic survival needs for a basic standard of life, it doesn’t encompass all basic needs for Americans.

If a living wage is a simple but decent standard of living, shouldn’t it be the same as the minimum wage? Well, technically yes, it should be — but it’s not. Minimum wage is the lowest wage an individual can be legally paid for their job. In the United States, the federal minimum wage is $7.25, but some states have adjusted their minimum wage to be higher.

It is also important to note a third measurement of income in the U.S., the Federal Poverty Level (FPL). This is the measurement used to determine which individuals qualify for Medicaid and the Children’s Health Insurance Program (CHIP). Again, there is a gap between the minimum wage and the FPL. For an individual to qualify in , they must make $12,140 or less. For an adult working the standard 40 hours a week, totaling 160 hours per month, this comes out to be just above $6 per hour, before tax.

What If You Don’t Make a Living Wage

Clearly, there is a large gap between what people need to get paid to survive and what employers legally need to pay employees. Of course, this doesn’t take into consideration jobs that aren’t legally required to pay the minimum wage, like waitressing. Not making enough money to pay for basic needs is a challenge that many Americans live with.

Ideally, any adult who works full-time should be able to support themselves and their family. Unfortunately, many work far more than that and still can’t pay all their bills. For many, this can result in homelessness. According to the National Alliance to End Homelessness, there are over 500,000 people experiencing homelessness on any given night. Poverty, unemployment, job loss, and lack of affordable housing are some of the main causes of homelessness.

In addition to legal requirements and basic living standard calculations, there are many socioeconomic factors that come into play when talking about wage. For example, there is a generational discrepancy between what millennials are making out of college compared to what baby boomers made at the same age, with millennials making 20 percent less.

Race can also play a part, as racial discrimination in the workplace can hinder an employee’s pay and ability to get promotions. Though there are legal protections and resources to prevent this, it is no secret that racism is still too prevalent in the U.S.

A third factor to consider is the growing wage gap between the poor and the rich. According to Income Equality, the top .01 percent in America make 198 times more than the bottom 90 percent combined. This gap is likely to continue to grow wider and wider unless something is done to change it, and clearly, change needs to happen in all of these counts.

How to Calculate the Living Wage in Your City

MIT has also created a living wage calculator that breaks up the living wage not only by state or city, but by county. This gives you a more accurate number to go by, since economic factors can vary greatly within states.

How You Can Make a Living Wage

Now that you know where you stand on the living wage scale, you can have a better idea of the amount of money you need to make to be able to support yourself and your family, if you have one to support. Whether you are looking for a job after college or are already in the workforce, you can work towards getting a good or better job to reach your goals.

In order to get a well-paying job, you will need a decent foundation. You can do this by acquiring soft skills and hard skills that employers value and look for in employees. If you don’t already have the skills you need for the job you want, consider getting a degree, taking classes, or obtaining an internship to develop those skills.

Once you have, you should spend some time making a strong resume. Though you should tailor your resume for each job you apply to, you can have a template that has all your skills that you can use for different jobs. When making your resume for a specific job, try to mirror the language used in the application as much as possible while still sounding authentic. Having a strong resume is the first step to reaching your financial goals.

When you are starting out, whether it be in a new career or in the job market in general, it may not be easy to get your ideal job right away. While you should strive to get the best you can get, you may not be able to afford being too picky. According to Forbes, being too picky about jobs is a problem millennials run into that can hinder their success.

Rather than waiting to get an amazing job opportunity that may never come, you should take what you can get that is as close to your goals as possible, and work your way up from there. With hard work, you should be able to able to reach your goals. Making enough money to have a comfortable standard of life might be more difficult than it should be, but by laying out a strong foundation and working your way up, you can reach your financial goals. 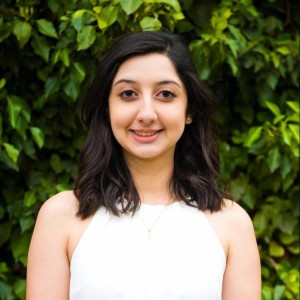 Georgette Siqueiros is a writer from Boise, ID with a background in journalism. When she's not travelling outside Idaho, she loves rock climbing, hot springs, camping, and exploring the world around her.
More by this author