Opinions vary on which generation is the most in debt, but experts tend to agree that Gen X carries the most credit card debt.Statistics reveal that the average credit card debt among Gen X is $4,000, which is about $3,300 more than Millennials and $1,100 more than Baby Boomers. The credit bureau Experian says the average amount of Gen X debt is even steeper at $6,752. The convenience of these all-too-familiar small plastic cards allows people to immediately purchase merchandise on credit. Unfortunately, they can be the worst kind of debt to carry over extended periods because of crazy high interest rates. The average interest rate is 15.18 percent. Another negative is you’re not building equity; you’re just spending money you may not have, and then paying for the privilege. So what is it about Generation X that has led them to charge so much more, and wrack up so much debt, compared to other generations in America?

What is Generation X?

Gen X is the generation smack dab between Baby Boomers and Millennials. There’s not a clearly defined set of start or end dates, but researchers typically use the period of time for those born in the early 1960s to early 1980s, basically covering a 20-year span.Sometimes called the “latchkey” or “MTV” generation, Gen Xers are pictured as having grown up raising themselves and watching music videos all day. They were considered cynical slackers whose influences in the 90s included grunge, hip hop, and indie films. Of course, these characteristics are sweeping generalizations, just as the other generations come complete with their own labels.

Why Does Gen X Carry the Most Credit Card Debt?

Gen Xers today are deep into the “house and kids” phase of life. Along with that (usually) comes credit card debt. Most Gen Xers got their first credit card by the age of 24, so they are programmed to use plastic.The stereotypes about grunge music and cynicism aren’t arbitrary. Gen X grew up coping with a range of highly publicized moments that some researchers assert led them to be more impulsive, especially when it comes to spending and charging purchases to credit card. Specific reasons vary but some of the major influences, according to InCharge, include:

The point is all of these tragedies tend to encourage people to live in the moment, because they are uncertain about the future. If the world seems likely to end, you might as well rack up purchases with the credit cards — or so the logic goes in explaining how Gen X collectively got so far into debt. Let’s also not forget at this stage of a typical Gen Xer’s life, from 35-44 years old, not only do many have families and mortgages, but higher expenses in general. Gen X came of age during the prosperous 1990s, and were nearing middle age as the real estate bubble hit its peak. Gen Xers were snatching up houses and starting families before the bubble burst. But the Recession of 2008 affected everyone in the broader economy, not just Generation X.

What are other Gen X Consumer Debt Trends?

Gen Xers purchase more consumer goods in general than older generations. Credit cards are the biggest form of debt, but auto loans and personal loans rank up there as well. According to Gallup, 33 percent of U.S. adults report having auto loans, with Gen X leading this group at 46 percent. 20 percent of Americans report having other personal debt, with Gen X having the highest percentage of personal loans at 25 percent.Gen Xers take up a big chunk of non-consumer debt such as homes and student loans too. The National Association of Realtors found that Gen X had the most student loan debt this year (an average of $30,000). Generation X adults — those 35 to 50 years old — owe about as much now as Millennials straight out of college.Despite student loan and equity challenges, the increase in purchases in 2017 from Gen X buyers was at the highest level in three years at 28 percent. Gen X was hurt the most when the real estate market bubble burst, watching their home equity plummet by 27 percent, compared to early Boomers’ at 14 percent, according to a report by the Pew Research Center.To counter all the debt, about 80 percent of Gen X adults have established and contribute to retirement accounts, such as 401Ks. Gen X is sometimes referred to as the 401(k) generation because it was a rite of passage that went along with getting your first job. Having witnessed economic volatilityfirsthand, Gen Xers are more like to have an emergency fund than Millennials and are saving money for their children’s college.Now in their 40s, Gen X adults have shaken the nihilistic reputation for a more “work hard, play hard” attitude. They’ve learned from the past and are planning for the future. Achieving a work-life balance is important, as is staying active, socially connected, independent, resourceful, and tech savvy. There’s nothing wrong with these traits, despite the debt that’s owed by many. 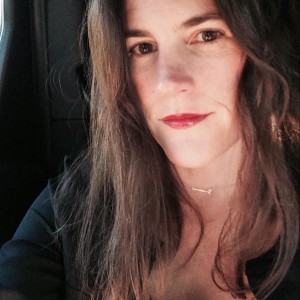 Beginners Guide To Understanding a Charge-Off