In short—no, illegal immigrants cannot receive the benefits of welfare in the US. However, as with many political questions, the actual answer is much more complicated.

Before we can definitely answer the big question, it’s important to understand who is qualified for welfare programs in the United States. There are certain people who are qualified for federal assistance programs. According to the National Immigration Law Center, these include:

Many of these qualified people, such as green card holders, do not fall under what the general public thinks of as “illegal immigrants”. However, there may still be restrictions to these qualifying classes. LPRs are not eligible for federal assistance programs for the first 5 years of their legal residency, for example. Of course, it’s possible to cheat the system — something we’ll discuss later.

Next, let’s determine exactly what type of “welfare” we are discussing. In general, we are referring to social welfare and federal assistance programs, such as food stamps (Supplemental Nutrition Assistance Program, or SNAP), regular Medicaid, Supplemental Security Income (SSI), and Temporary Assistance for Needy Families (TANF, and commonly called “welfare”).

The Center for Immigration Studies found in 2014 that 63 percent of households headed by a non-citizen used at least one welfare program, compared to 35 percent of native-headed households.

“Welfare use drops to 58 percent for non-citizen households and 30 percent for native households if cash payments from the Earned Income Tax Credit (EITC) are not counted as welfare,” the study noted. “EITC recipients pay no federal income tax. Like other welfare, the EITC is a means-tested, anti-poverty program, but unlike other programs one has to work to receive it.”

There is a major problem, however, with the study mentioned above; it only looked at households, not individuals. Because children born in the US are eligible for many welfare programs, often associated with struggling parents, and are the true recipients of the welfare benefits, the entire household, in the eyes of the study, benefits and is counted. In other words, despite the parents not legally gaining the benefit, the household is still counted.

How Are Illegal Immigrants Costing Us?

President Donald Trump claimed that undocumented immigrants are costing the US about $250 billion per year. However, the White House has not provided where this number comes from, and it’s nearly impossible to determine an actual number. Most estimates, even on the high end, are much lower, according to Politifact. One report from a right-leaning group in 2017 estimated the cost at $116 billion, but their report has been called into question over inaccurate data and collection methods. A 2013 report claimed about $53 billion. In short, we do not know how much illegal immigrants are costing us, but it is not anywhere near $250 billion per year.

The general public sentiment is that undocumented immigrants who are working don’t pay taxes, even if they are not utilizing federal programs. This, however, is not true. Many illegal immigrants who work use fake Social Security Numbers in order to secure a job.

Because they are using this number, and money is automatically taken out of paychecks, they are paying taxes at both the state and federal level. In 2017, this amounted to $11.74 billion. They also pay more in taxes than native citizens. Where the top 1 percent of native citizens pay about 5.4 percent in taxes, undocumented immigrants pay an average of 8 percent.

Public education for grades K-12 is available to all children, regardless of immigration status, per the 1982 Supreme Court ruling in Plyer v. Doe. They are also eligible for the Head Start program.

While undocumented immigrants are not eligible for federal housing benefits, they may live with people who are eligible, and thus benefit. They are eligible, however, for assistance from homeless shelters and domestic violence shelters.

Illegal immigrants might be indirect beneficiaries of welfare, which can cheat the system, but otherwise they are largely ineligible. Many federal assistance systems have strict rules and eligibility standards, and even legal immigrants may not qualify. Internet memes and political rhetoric have spun the issue, making it seem far worse than it actually is. 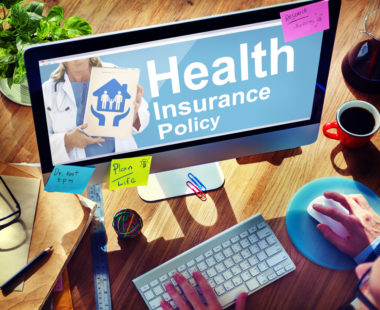