Is It Better to Buy a New or Used Car? When buying a car, you have three main options: Buying new, used, or Certified Pre-owned (CPO). Each option has its own list of pros and cons, which can be affected by where you are in life, like buying your first car on a student’s budget, or what you intend to use the vehicle for.

While “new” usually means very few problems with the car and a good warranty, it’s generally the most expensive option. Buying used often means no warranty and problems are more common, but the price is much lower. CPO is a compromise, a middle ground of price and potential problems. Let’s look at each option, and what might be best for you.

Kelley Blue Book, also known as KBB, a highly respected industry standard reference guide, lists the average price of the top 10 most popular segments of new cars, which make up 70 percent of all new cars sold in a year.

Prices even within those categories can range widely between new and used cars. Instead of looking at just the flat cost, as above, you also need to consider the cost of car ownership.

In general, the prices above only consider the initial loan to get the car off the lot. Your actual loan will likely differ based on a few factors.

First, there’s down payments. Generally, you want to pay 20 percent of the sticker price of a new car, and between 10 and 20 percent for a used car. This will affect your monthly payment price, as well as the overall price you will end up paying in the long run.

Then, there’s interest. While it’s possible to buy a car with no credit history, it means your APR will be very high, likely around 20 percent. That means you will end up paying 20 percent more of whatever is left after a down payment over the life of the loan. For example, if, after a down payment, your loan is for $10,000 at 20 percent APR, you will end up paying a total of $12,000 by the end of the loan. With a higher credit score, you might see an APR closer to 5 percent.

It’s also important to note that new car loans tend to have a better interest rate than used cars. You’ll find you have more financing options on a new car than a used car. Dealerships offer more incentives, including discounted financing, along with rebates and cash incentives, which can be negotiated.

The last part pertaining to loans is who will actually finance you. Depending on your credit history, banks, the dealership itself, or a credit union might offer you a line of credit for the car.

Insurance on used cars, especially collision and comprehensive coverage, tends to be less, as the cars are worth less. In turn, this means it costs less for an insurance company to replace the car. If you want to save even more, drop both of those. Shop around for insurance quotes to get the best deal.

Registration fees are typically tied to the weight or cost of the car. The heavier or more expensive the car is, the higher the registration fee is. The average fee for a new car differs per state.

One of the biggest factors in determining whether to buy new vs. used, other than cost, is the actual condition of the car. A car in poor condition is not reliable, and the money saved on buying used could easily be eaten up in maintenance costs. This is where the expression “buying used is just assuming the previous owner’s problem” comes from.

Newer cars can usually go farther between regular maintenance, such as oil changes, tire rotations, and changing brake pads. Newer tires last longer. Older parts can also harder to find, which raises prices when you need to replace a part.

Another point in favor of new cars is the warranty. It’s usually wider in scope, and will last either a longer period of time or number of miles.

Depending on the manufacturer’s warranty, you may inherit a used car’s warranty from the previous owner. This depends on how long the original warranty was for. Check the automaker’s rules before buying a used car to see if the warranty transfers.

The middle ground is the CPO, which is sold by a dealer. Because they are inspected by the manufacturer (or sometimes just the dealership, though this is not technically a CPO), they are more reliable than the average used car. They also often come with their own warranty, though it’s smaller than a new car warranty.

One last consideration on reliability is fuel economy. Older cars tend to have worse gas mileage, either thanks to advancing technology, or aging parts.

Not many people want a car that doesn’t have power windows or steering. Where you used to have to pay extra for holding down a button to move the window, it’s now standard. Blind spot indicators are now ubiquitous. Older cars simply have older technology.

Most of the technology, though, is a matter of convenience. It’s a quality of life improvement, and should not affect whether a car can get you from point A to B. If keeping costs down matters more, than technology can be a factor that works against the car. After all, it’s not cheap to put what amounts to a large tablet computer in a Tesla to act as a dashboard.

Image is a bit more undefined than the other factors in that it’s more a personal decision. Do you absolutely have to have a new car? What about a more luxurious car that has already seen an owner and a few road trips? Do you mind a few rust spots in the paint if that’s the only thing wrong with the car, but you paid only a couple thousand dollars instead of tens of thousands of dollars?

Character is an extension of image. For example, luxury cars are seen as largely being cars for account managers and executives. Used cars are often the vehicle of choice for college students. A clunker might be a right of passage for the teenager that has been scrounging, finally got their driver’s license, and now wants to buy a cheap first car. Both character and image, while having no real mechanical bearing on a vehicle, are still worth considering.

“A car loses value as soon as it is driven off the lot.” This is a common example of depreciation, the loss of value in a car due to age, wear and tear, or transferring ownership. This is one of the biggest factors in used cars, and one of the reasons why buying a used car may be a better option. It’s money that’s gone immediately, and you will never see again. It makes a large difference between new and used cars.

A car generally loses about 10 percent of its value once, as the idiom above notes, the new owner rolls off the lot, and a quarter of its value in a year. Within three years, it could only be worth about half of the sticker price. New cars are hit hard with depreciation, but it’s a bit of a hidden cost. It doesn’t factor into buying, usually, but it factors into selling your car or trading it in for a new car.

Used cars, on the other hand, depreciate slower. They are already used cars, after all. In three years, instead of losing half its value, it might only lose a third. But, the key here is that the overall value was lower.

You can get an approximate depreciation value using a calculator. KBB offers a 5-Year Cost to Own calculator, which will base the cost off a few factors, including your out-of-pocket purchase price, depreciation, fuel, and insurance.

Edmunds, another highly respected reference site, offers its True Cost to Own calculator, breaking down by each year for five years, factoring in depreciation, taxes and fees, fuel, and more.

Is Buying a New Car Worth It?

When Buying New Is Worth It

If you have the budget for a new car and are willing to take the loss to depreciation, it can be worth it. You have a larger sense of security, as new parts are less likely to break. The warranty will be the best, compared to used or CPO cars. There are lots of incentives, though your insurance will likely be higher. You will get the newest technology, meaning the car will run more efficiently. If you have a car to trade in, a large down payment, or a good interest rate on your loan, it’s worth it.

It can also be worth it if you drive a lot, whether as a commute or just for road trips. Newer cars are more reliable and safer. If you are searching for a family car, the newer, the better, thanks to advances in safety technology.

When Buying New Isn’t Worth It

The main concern is money. If you don’t have the money to purchase a new car, then it’s not worth it to try and make ends meet and struggle to pay each month. Or, if you have money but want a better can than you can afford new, buy a luxury used car. A new car is likely not worth it if you are buying your first car, or are a college student making a short commute. While you will have to worry about some maintenance costs, you won’t have to worry about getting a dent while in the college parking lot.

If you won’t be driving far, or just need a car to occasionally get around, spending a large amount of money probably isn’t in your best interest. Instead, consider buying used or CPO. This goes doubly so for those on a tight budget; new cars just aren’t worth the hit to your bank account each month.

Whether a new car is worth it or not depends on how much money you are willing to spend, your life situation, and what you will use the car for. From depreciation to technology, safety to fuel consumption, there are a number of factors that will determine the best answer for you.

Voluntary Repossession and Your Credit

Everything You Need To Know About No Credit Check Car Lots

Voluntary Repossession and Your Credit Everything You Need To Know About No Credit Check Car Lots 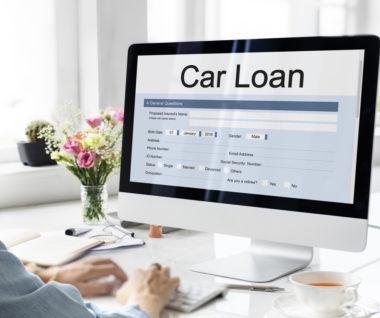 Best Car Loans With Bad Credit and No Money Down