Bankruptcy Fraud: What Is Considered “Fraud” and What Are the Penalties?

If you’ve been looking into bankruptcy as a possible option to free yourself from debt, you might have run into some information about bankruptcy fraud. It’s perfectly normal to ask questions about bankruptcy before you file it. You might be wondering if you’re required to report all of your earnings and assets to the court when you decide to claim bankruptcy — the answer is yes. Today, we’re going to go over what constitutes bankruptcy fraud in detail, and explain what you need to know in order to avoid it.

What Is Bankruptcy Fraud?

Bankruptcy fraud is the act of intentionally withholding information about assets or income from a federal bankruptcy court. This means that the claimant knowingly and willingly did not disclose their entire financial portfolio. Depending on the chapter being filed, bankruptcy fraud may occur in several different forms. This may include non-disclosure of funds & assets, falsification of documents, multiple bankruptcy cases being filed in more than one state, and individual trying to file bankruptcy on behalf of someone else (as a “consultant” or “representative” of another person) and more.

Fraudulent bankruptcy cases happen so often (about ten percent of all filed claims) that the federal government has assigned The United States Trustee Program to investigate fraudulent behavior. They inspect bankruptcy cases and ensure that they are legitimate. If they see any type of strange activity in relation to a case, they will mark it for further investigation.

Chapter 7 bankruptcy cases usually involve an individual who doesn’t have proper finances to pay back any of their debt. Essentially, they are asking to be forgiven for their overwhelming debts. As such, the bank will regularly seize all assets that the claimant has in order to pay back as much of their debt as possible before the remainder of a sum is discharged.

In the case of a chapter 7 filing, someone might try to commit bankruptcy fraud in order to save or avoid liquidation of assets. Fraudulent claimants that commit this type of crime will often try to hide property attached to a secured loan, like a home or car, in order to keep the property instead of having it sold by the court.

Chapter 13 claims often apply to individuals and businesses who do have some viable assets and are able to pay back some of their debt, but not all of it. In this situation, the court will usually set up a repayment plan for the claimant. The plan usually lasts several years, but will be an agreed upon, manageable number for the person filing for bankruptcy. As such, any fraudulent behavior attached to a chapter 13 filing usually has to do with hiding away income or assets from the court. The goal would be to make it seem as if the claimant’s income is lower than what they actually have in order to keep their monthly payment at a minimum and still have some funds left over. This might also include hiding a large sum of money that could be used to payback the debts, possibly including a fund or trust, settlement, or large savings.

In many scenarios an individual will achieve this by transferring their assets into a different name. This could be a friend or relative or in some cases a completely fake identity. The claimant wishes to keep a fund away from the hands of the court, so they withdraw the funds and give them to another person to hold for them until the bankruptcy case is closed.

In chapter 11 filings, the claimant usually owns a business, and therefore their debt count is much higher than what you would see from a chapter 7 or 13 claim. As such, the court is going to be very particular about assets and income that are claimed in a bankruptcy case. Someone who is filing for a chapter 11 case is likely the owner of much more property, and is likely connected to a much larger amount of loans. As such, scenarios like the ones listed above in both the chapter 7 and 13 might be applicable.

Chapter 11 cases can be quite lengthy due to the fact that businesses or corporations that file for bankruptcy usually have many people involved in different assets spread across the company. Someone with a lot of property, like multiple houses, places of business or storefronts, vehicles, equipment etc. could try and transfer the ownership of said property into another person’s name. In addition, someone who owns a business might have assets acquired from the business, like accounts that contain large sums of money, that are placed under another person’s name or are emptied before the start of the case.

Bankruptcy fraud is a serious crime and is usually punishable by up to five years in prison and/or a fine of up to $250,000. Some cases call for more of less action depending on the circumstances, but this is the average set of punishments for those who choose to commit bankruptcy fraud.

In addition, it’s important that you know how crucial your cooperation and diligent record keeping is in a bankruptcy case. Transparency about all assets and records will make things go as smoothly as possible. Remember, the courts are there to help you in your time of need, not make anything worse. So, to avoid any miscommunications or misunderstandings about your case, make sure that you share any and all available information that you have directly with your judge and/or representation.

With that being said, the courts do understand that things happen that are out of our control, and that everyone is human. From time to time, assets are forgotten and/or are unintentionally left out of a report. That is why the courts specifically distinguish “intentional deception and fraud” aside from accidental happenings. In order to be considered fraudulent behavior, there must be ample proof that the claimant knowingly and willingly hid information from the court in one way or another.

As we briefly discussed above, the courts are very thorough in their investigations of all bankruptcy cases. They are experts in this field and they’ve seen it all. Undoubtedly, they know where to look to find evidence of fraud and how to find hidden assets. As far as the laws go in relation to a bankruptcy case, the court usually holds your case for possible investigation for five years after dismissal or discharge occurs.

This means, you will go through your court proceedings with a judge and together you will come to a fair ruling based on your entire financial picture. Court proceedings may take several months before a ruling is made. After that time, the judge will grant you discharge from your remaining debt or they will dismiss a case that they feel is unwarranted for bankruptcy.

So, in a chapter 7 case, your judge will discharge your debts immediately after a ruling is made. In a chapter 13 and 11 case, you will be made to pay back a certain portion of those funds for three to five years usually. What this means for you is, in a chapter 7 case, your case will still be up for investigation for five years after you’re granted discharge. As for chapter 13 and 11, the five years don’t begin until after you’re granted a possible discharge. This means you’ll be on your repayment plan for three to five years and then the courts will keep your case for possible investigation for an additional five years.

The bottom line is, bankruptcy fraud is a very real and serious crime that is being committed regularly against our federal courts. Thousands filing for bankruptcy claims are charged with this federal offense every year. It is something that you should be keenly aware of if you are thinking about filing for bankruptcy. Judges and courts are constantly on the lookout for cases that seem like they could contain possible fraudulent scenarios or information. In order to make your case go as smoothly as possible, make sure that you are informed about this subject and you do everything you can to avoid it. 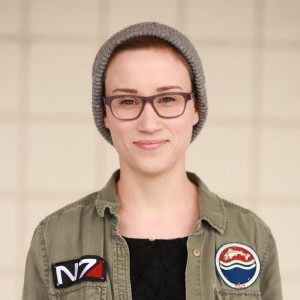