What Is the Minimum Wage in Montana State? 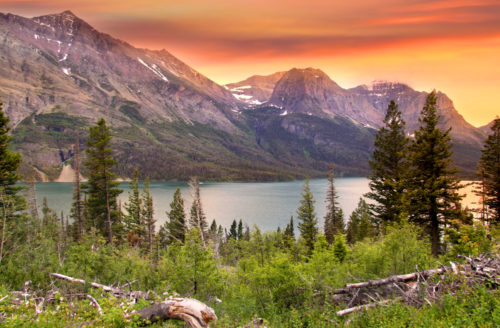 Although the minimum wage is $8.65 an hour in Montana, it’s still possible to make more. You can either apply for different jobs that offer a higher wage or ask for a raise at your current job.

Unlike some other states, Montana does not offer a tip credit to businesses. Businesses that fall under the Fair Labor Standards Act that make over $110,000 a year in sales are required to pay the regular Montana minimum wage of $8.65 per hour for tipped employees. However, smaller businesses that have less than $110,000 in gross annual sales are only required to pay a minimum of $4.00 per hour to tipped employees.

In order to find out what minimum wage you’re entitled to as a tipped employee in the state of Montana, you’ll have to find out the size of the business that you work for. However, many larger employers such as major restaurant chains, will make enough money to have to pay the full $8.65 minimum wage.

A worker in Montana working 40 hours a week at the minimum wage could expect to earn $346 per week. This amount does not include tax deductions, health insurance premiums, retirement account contributions, or other expenses deducted straight from an employee’s paycheck.

A worker in Montana working 40 hours a week and 52 weeks a year at the minimum wage could expect to earn $17,992 per year. This would be the case whether they worked on holidays or received holiday pay for certain holidays given off of work. Once again, this amount does not include taxes, health insurance premiums, retirement account contributions, or other expenses deducted straight from an employee’s paycheck.

Overtime in Montana is calculated as 1.5 times an employee’s regular wage, for every hour worked beyond the standard 40-hour workweek. A worker in Montana who earns the minimum wage could expect to make $12.98 for every hour of overtime work that they put in.

Since the Montana minimum wage is tied to the CPI, there is an option for Montana to increase its minimum wage each year, without an act of the state legislature. For this reason, it’s important to keep your eye on the news surrounding Montana’s minimum wage, especially as the year draws to a close. At this time, the Montana state governor may announce whether the minimum wage will see an increase in the coming year.

In 2019, Montana was one of several states to consider a minimum wage of $15 an hour. The $15 minimum wage is part of a growing movement which charges that the current wages in many cities and states do not constitute a living wage. Some places, such as Seattle, Washington, have passed laws instituting a $15 minimum wage. Others are considering such laws now.

Ultimately, Montana’s $15 minimum wage bill did not make it out of committee in the Montana House of Representatives. However, it is possible that this bill, or another like it will return in a future legislative session. The Montana state minimum wage may rise to $15 an hour naturally, following a similar change in the CPI. However, at the current rate of growth in the CPI, this would likely take many years.