What Is the Minimum Wage in Missouri State? With the changes to various wage laws, it’s all but impossible to keep track of what the minimum wage actually is in Missouri. Things get even more muddled when looking at wage rates in other states, since each state has its own minimum wage. To make things even more confusing, this may or may not be the same as the federal rate.

To clarify, let’s take a look at the hourly minimum wage in Missouri, go over any employees who might be exempt from this rate, and look at any upcoming increases on the horizon.

As of 2020, the minimum wage in the state of Missouri is $9.45 per hour. This is $2.20 higher than the federal minimum wage, which is currently $7.25. The minimum only applies to hourly employees, not salaried ones, and not all hourly employees are entitled to this rate. Any “retail or service” business with an adjusted gross income less than $500,000 can choose the wages they pay their employees.

Note that, under the Fair Labor Standards Act (FLSA), certain employees in Missouri may be paid less than the minimum wage. This includes newly hired employees under the age of 20, who may be paid a training wage of $4.25 per hour during their first 90 days of employment. After 90 days, though, these employees need to be paid the standard minimum wage.

The FLSA also states that full-time students can be paid 85% of the minimum wage, which amounts to $8.0325 per hour in Missouri. This rate only applies to high school and college students in certain positions, such as university work-study programs, and only for up to 20 hours of work each week.

Tipped employees are also not entitled to the $9.45 minimum wage. Waitresses, bellhops, bartenders, and other employees in positions who are customarily tipped are paid half the current minimum wage, which is $4.725 per hour. If the tipped employee does not earn at least $9.45 per hour in tips, though, the employer must make up the difference so the employee earns that general minimum wage.

The traditional workweek in the United States is comprised of five eight-hour days, for a total of 40 hours. Assuming an employee works a full 40 hours, they will earn a weekly wage of $378.

Full-time, hourly minimum-wage workers in Missouri can expect to make $19,656 each year. However, this amount does not account for tax or benefit withholdings, holiday pay, or any unpaid time off, so actual take-home earnings will likely differ.

In Missouri, employers must pay at least 1.5 times their employee’s regular rate once overtime pay is in effect, which amounts to $14.175 per hour. Overtime pay does not begin after working for more than eight hours in a day; rather, overtime pay in Missouri goes into effect once an employee works more than 40 hours in one week. Employers in Missouri are not required to give holiday, vacation, or sick pay — though they can offer it if they chose — but they are obligated to give hourly workers overtime pay.

was passed in November 2018 and is set to increase the minimum wage in Missouri to $12 per hour by January 1, 2023. The increase will occur in annual $0.85 increments as follows:

This proposition also ties the minimum wage to the consumer price index (CPI), and, starting in 2024, it will either decrease or increase based on changes in the CPI. It also increases the penalty for employers who pay their employees less than minimum wage, and exempts government employers from these increases. Proposition B will also make Missouri one of the states with the highest minimum wage, alongside several other states, including Colorado, Washington state, and Washington D.C.

In the meantime, there’s always the option of looking for a side gig or asking for a raise. Otherwise, Missouri residents will simply have to be patient and wait for these predetermined increases to take effect to enjoy a higher minimum wage. 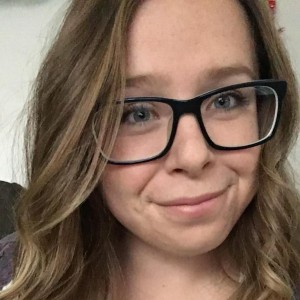