What Is the Minimum Wage in Louisiana? Louisiana does not technically have a state minimum wage. Instead, the state has defaulted to the federal minimum wage rate of $7.25 per hour.

Although the minimum wage throughout the state is $7.25, many employees will see a difference in their paycheck due to several circumstances. For instance, tipped employees will likely see a different income than employees who work overtime or work for a company who offers holiday pay. Below, you’ll find a rough estimate of your weekly and annual income, barring any exemptions that may apply to you in the state of Louisiana.

To compensate for additional earnings made in tips, employers can issue a tip credit in Louisiana at a maximum of $5.12. This means that a business can pay you a minimum cash wage of $2.13, as long as the employee is making at least $7.25 an hour — with tips included.

Louisiana does not specify how much an employee may make in tips to be considered a tipped employee. Usually, tipped employees are “those who customarily and regularly receive more than $30 per month in tips.” Since Louisiana observes the Fair Labor and Standards Act (FLSA), standard practices commonly apply.

The weekly total for employees who make the federal minimum wage, such as those in Louisiana, is $290 per week. This is totaled by taking the minimum wage ($7.25) and multiplying it by a standard 40-day workweek — where $7.25 times 40 equals $290.00. This total does not figure in state and federal tax deductions, overtime hours or holiday pay, or time-off and sick days.

An annual income (if you are not paid salary) at the federal minimum wage rate, is $15,080. This is determined by taking your weekly wage ($290) and multiplying it by how many weeks there are in a year (52), giving an employee an estimated $15,080 in yearly income. This number is an estimate, as it does not take into account state and federal tax deductions, overtime pay, or time taken off.

In compliance with the FLSA, Louisiana must pay a rate of time-and-a-half for employees who work over 40 hours in a workweek. If an employee works over 40 hours, for every hour after 40 they will receive their regular wage ($7.25) plus half ($3.63), or $10.88 per overtime hour.

Louisiana’s exempt employees and their respective minimum rates are as follows:

If an employee falls under one of these categories, they will receive less than the federal minimum wage rate.

In 2018, the Louisiana Senate voted 21-17 against a bill that would have increased the state minimum wage to $8.50 by 2020. Senate Bill 162’s rejection was called “a step backward” by Governor Edwards. The denial of the modest increase was ultimately influenced by business interest groups, who claimed the bill would take the decision-making abilities away from business owners. For the time being, the Louisiana minimum wage is expected to remain the same. 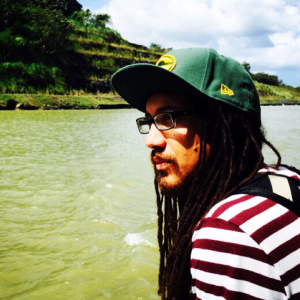 Desmond Rhodes is a writer out of the Northwest. A philosopher, gamer, and enjoys his Hunter S. Thompson.
More by this author