What Is Foreign Tax Credit? 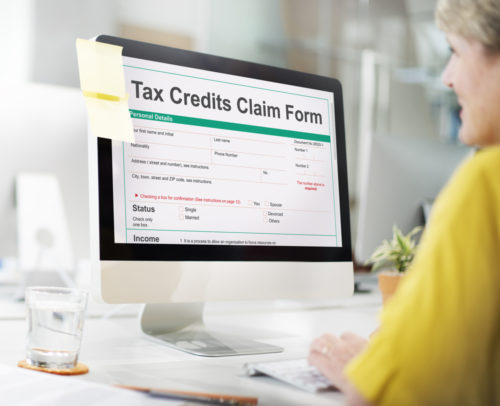 A tax credit is a tax incentive that allows a taxpayer to subtract a specific quantity of money from their total taxes due. There are many different kinds of tax credits available. The child tax credit, for instance, allows parents to claim a credit of up to $2,000 for each child. The Work Opportunity Tax Credit reimburses employers for a portion of the wages paid to qualified employees from disadvantaged demographics.

If you’ve earned income outside of the United States, you may be eligible for a foreign tax credit. This allows you to lower the amount owed on your federal income taxes.

What Are Foreign Tax Credits?

Foreign tax credits (FTCs) can be claimed on your tax return if you worked and earned income in a foreign country and had taxes for that income withheld by that country’s government. An FTC can also be claimed by those who have investments in foreign countries and have been taxed on their investment income.

The credit exists to avoid overseas income from being subjected to double taxation. If, for instance, you earn $2,000 overseas and pay $600 in taxes to a foreign government, claiming an FTC would allow you to avoid paying an additional $600 in federal income taxes in the U.S.

As with most tax credits and deductions, there are several limitations to claiming the credit. Typically the following conditions apply:

For example, consider an American who owned a house and worked for part of the year in Italy. During this time they had taxes withheld by the Italian government for both the income they generated and the property they owned. The income tax is a legitimate tax by a foreign government and has been paid by the taxpayer. Thus, it may be claimed to qualify the taxpayer for a foreign tax credit.

The property tax, on the other hand, while legitimate and paid by the taxpayer, is not a source of income and thus cannot be claimed. If you remember claiming a property tax like this on your tax return in the past, it may be due to the fact that you used to be able to do so as an itemized deduction. However, this was eliminated by the Tax Cuts and Jobs Act that took effect in 2018.

In addition, if your income is excluded from taxation due to the foreign earned income exclusion or foreign housing exclusion, that income can no longer be claimed for the  FTC. This is because the U.S. government is not considering the income in question as part of your taxable income and claiming it for the FTC would allow you to receive a double tax break.

However, it should be noted that if only a portion of your income is excluded under a foreign earned income or foreign housing exclusion, you should still be able to claim the remainder to qualify for the foreign tax credit.

How to Apply for the Foreign Tax Credit

The first thing you’ll need to decide is how you want to claim your foreign tax credit. You can do so as either a deduction or a credit. When you claim it as a deduction, you should be filing an itemized tax return.

Claiming an FTC as a credit is typically more advantageous to the taxpayer, although it does involve a little extra leg work. If you want to claim the credit, fill out Form 1116. Here is the 2018 version of the form for reference.

The form will have you organize your income into categories such as:

If eligible, you’ll be able to claim either the foreign tax itself or the U.S. tax that would have been due on the same amount — whichever one is smaller.

Using the Credit for Other Tax Returns

If the credit isn’t needed on your current tax return, it is still worth taking the time to make the claim. Foreign tax credits that aren’t needed for your tax return on the specific year they’re claimed may be applied to other past or future returns. They can either be carried backward one year or rolled forward for up to 10 years.

In select cases, you can opt to skip filling out the 1116 Form and report your foreign income directly on your 1040 Form instead. However, to do so:

Further details regarding each of these conditions can be found on the IRS website’s foreign tax credit page under the section “Claiming Without Filing Form 1116.”