What Is an S Corporation? Advantages, Taxes, and Requirements What Is an S Corporation?

S corporations and LLCs are both more relaxed and informal companies than general corporations. LLCs, like S corporations, pay taxes either as a sole proprietorship (for single member LLCs), or as a partnership, which means that both of these companies are not subject to double taxation. However, because there is no LLC tax classification, LLCs can be taxed as either general or S corporations, depending on their organizational structure. Although most LLCs qualify for S corp tax status, any of the following will prevent them from filing as an S corporation; the owner is a nonresident alien, it is a foreign LLC, or the company is structured in a way where the owner is a actually a corporation or partnership.

The main differences between an S corporation and a C corporation is the growth potential of each through shareholder limitations. Unlike a C corp, which is eligible for an unlimited number of shareholders, an S corp is limited to 100 shareholders, which can prevent the public from purchasing stock in the company. This limits the ease of economic growth available to the company. However, depending on the service or product offered by your company, and the direction you’re hoping to take it, an S corporation may not limit your company at all. On the contrary, S corporations are easier to manage than general corporations and income can be taxed solely through shareholder dividends rather than through the corporation, which can end up saving the company hundreds of thousands of dollars.

S corporation benefits include extensive investment opportunities, perpetual existence that is unaffected by the removal of shareholders, and the coveted protection of limited liability. Although generally smaller than C corporations, S corporations still allot for plenty of investment opportunities and stock trade. Unlike LLCs, which often dissipate with the exit of a partner, S corps remain as business entities, even after major shareholders leave the company or even die. Finally, S corporations receive the standard corporate liability protections, which protects shareholders from losing personal assets if the business entity is unable to pay debts or be held otherwise accountable for contractual obligations.

S corporations have an annual tax filing requirement, unlike general corporations which must file taxes quarterly — one of several ways that S corps are easier to manage than the latter. S corporations are also not subject to double taxation, as corporate law allows shareholders to file personal income taxes for the salaries they receive from the company, rather than being taxed once as a corporation and again once dividends are paid out. However, because payments to employees and shareholders can be distributed as either salaries of dividends, S corporations are scrutinized closely by the IRS to ensure that each is being properly taxed.

To qualify as an S corporation, the company’s organizational structure must be in line with that of a general corporation, and the 100 shareholders must consist of U.S. citizens and permanent residents only, meaning other corporations cannot be shareholders. When filing for corporate status, shareholders must incorporate the business by filing Articles of Incorporation that include the desired state of incorporation. This requires navigating state-specific laws that define each type of corporation, obtaining a registered agent for the company and paying the necessary filing fees. This can quickly become complicated, which is why it is best to hire a designated lawyer who understands corporate law. Many states impose annual report, franchise and other continual tax fees that must be kept up to maintain corporate status. 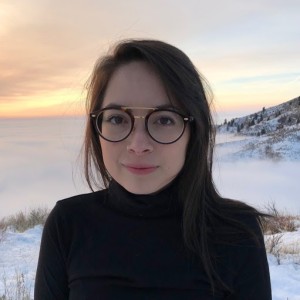