Right-to-work laws cover the relationship between unions, employees, and companies, and have been enacted in various forms in 27 states. In essence, right-to-work laws ensure that employees aren’t obligated to join a union in their workplace. This means that employees can secure many of the benefits of a unionized workplace, without having to actually join a union or pay union dues.

Proponents of right-to-work laws argue that they give employees freedom of choice when it comes to joining a union, and that right to work prevents employees from being required to participate in an organization that might not always represent their own personal and political views.

Opponents of right-to-work laws argue that they intentionally reduce the power of unions to negotiate on behalf of workers, that they increase the power corporations have over their employees, and that they allow workers to access all of the benefits of a unionized workplace without contributing dues to the union itself.

What Are Right-to-Work Laws?

While right to work and at-will employment may sound similar, they’re actually two distinct concepts when it comes to the workplace. Right-to-work laws ensure that employees don’t have to become a member of a union. They don’t protect workers from being fired nor do they guarantee employment; they only allow workers to choose whether to become a part of a union in their workplace.

On the other hand, at-will employment allows employers to hire and fire employees “at will” without a particular reason. As long as an employee doesn’t have a signed contract specifying a duration of employment, employers can fire them with or without cause. At-will employment reduces job security and gives employers more control over employees.

Right to Work History and Controversy

Right-to-work laws exist at the state level, and there is currently no right-to-work law at the federal level. Under the National Labor Relations Act, workers have the right not to join a union. However, some agreements between unions and employers allow employers to only hire union members for certain jobs.

Right-to-work laws are almost universally opposed by unions. Union leaders argue that these laws make it more difficult for employees to unionize and collectively bargain. By granting employees who decline to join a union all the benefits of union membership without any of the dues, right-to-work laws drain union coffers and reduce the effectiveness of unions when it comes to collective bargaining.

Unions claim that these laws make it harder to secure better wages, benefits, and working conditions for employees. Right-to-work laws ultimately benefit corporations, who face less pressure from weakened unions to provide fair wages and other benefits to workers.

In 2018, the Supreme Court struck down laws that enable unions to charge non-members for representation. This means that unions are no longer allowed to charge employees who are not members of the union a fee to cover bargaining and job protections. While critics of the pro-union laws claimed that required fees violated employees’ First Amendment rights, proponents argued that even non-union members benefited from the protection of unions, including higher wages and better working conditions.

What Is Exclusive Representation?

Opponents of exclusive representation argue that being represented by a union deprives employees of the ability to bargain for themselves, since a union might not always represent an individual employee’s personal and political opinions. However, since unionized collective bargaining is almost always done to secure concrete benefits for workers and concessions from employers, exclusive representation often benefits both union and non-union members.

Where Are Right-to-Work Laws Encountered?

What About Employees in Non-Right-to-Work States?

Employees in non-right-to-work states are still free to decide whether to join a union, and new hires can’t be forced to join a union as a condition of employment. However, employees may not be eligible for representation by a union unless they join the union and pay membership dues.

Right-to-Work Laws and Standard of Living

Some studies show that employees in non-right-to-work states benefit from the increased wages that come with more powerful labor unions, regardless of whether they themselves are union members. This is because union efforts to secure better wages and benefits for employees often have industry-wide effects, putting more power in the hands of employees over corporations.

Proponents of right-to-work laws claim that, in some cases, these laws increase jobs and employee choice. Right-to-work laws make states more attractive locations for some businesses, since unions are generally weaker and have less leverage to secure higher pay and better benefits for employees. While this may increase jobs, it also decreases employees’ ability to effectively engage in collective bargaining, and makes unions less able to protect employees from unfair treatment. 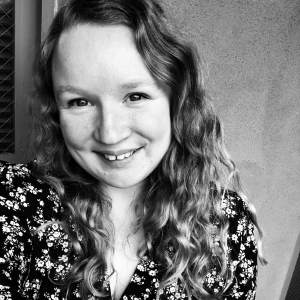