What You Should Know About Military Benefits and Pay in Retirement The ins and outs of military retirement can seem confusing, but in reality the military has a very linear retirement plan for those that choose to make the military their career. Military retirement does have eligibility requirements, but members that meet them will have benefits that help them as well as their family through a pension, health insurance, and life insurance. Though each person’s situation is different depending on their service and what branch they serve in, there is some general information that will apply to anyone with a military background planning for retirement. Retirement can be a confusing topic and, like all issues service members and their families deal with,  it’s important to understand it in order to properly prepare for the future.

The military retirement system is fairly simple in the broad sense: If you stay in the military for 20 year or more, you receive a pension based on your pay. Of course, there are variations in the system based on individual cases. When you retire, what branch you’re in, if you’re disabled, and when you served are all variables that can change how your retirement works within the military.

While all branches of the military have the same benefit systems, National Guard and Reserve service members must have a certain amount of “qualifying” years of service in order to become eligible for retirement pay at the age of 60. For all branches, the types of service that count towards eligibility are: Active service, active duty for training, active duty for special work, temporary tour of active duty, full-time National Guard duty, and active Guard/Reserve time.

Other than disability determination and National Guard or Reserve service, the time that you joined the military will be the biggest deciding factor on the type of military retirement you’ll fall into. Each plan is a little different and is ultimately based on each service member’s join date. Other than the Thrift Savings Plan created as an aspect of the newest retirement system, these retirement options are only for those that are career military, not those veterans that leave the military before retirement age and pursue a post-military career path. For those that retire absent from their military career, their retirement planning involves different resources and channels meant for veterans, not those that have served in the military for 20 years or more.

As you can see, other than those that have the option to choose between High, CSB/REDUX, and BRS, there aren’t many decisions to make between each retirement system — you’re basically locked into one plan depending on the year you joined. Though many of those that join the military don’t end up retiring directly from the service, those that do they are given a lot of retirement perks. However, just like any retirement program, living solely off of its benefits takes a lot of planning and fiscal responsibility.

Retirement planning is important to consider as early as possible. Luckily, for those who retire in the military, the retirement benefit plans are pretty well laid out for you. Military retirement benefits are ever evolving and working to include military members in a variety of capacities as well as their families. Though the process may seem difficult to maneuver, many VA offices are created in order to help military members and their families understand military benefits, pay, and finances through each stage of their military career. 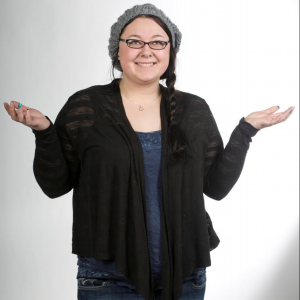