How Bankruptcy Works for People Versus a Company The word “bankruptcy” can either send chills down your spine, or it can sound like a viable financial solution for tough times. It is a concept and outcome that has varying reactions, depending on who you are and your experience with the service. For many individuals, bankruptcy holds a certain type of terror. We might have flashbacks to the 2008 financial crisis, where bankruptcy and the foreclosure of millions of homes led to a serious unemployment and poverty crisis. However, companies that file for bankruptcy hardly seem to have such a hard time. Banks are bailed out constantly, and even companies that go into bankruptcy often get bought up and continue to thrive. How does bankruptcy actually work for businesses versus individual people? Why is it so devastating to some, and such a benefit to others? Let’s compare the various forms of bankruptcy and see which is the most detrimental, and perhaps uncover why it is feared by some and not by others.

As we’ve described before on Fiscal Tiger, there are four types of bankruptcy “chapters” that apply to different situations. For businesses, Chapter 7 and 11 are the only two options for a company when it is failing financially.Chapter 7 can be used for personal finances as well as for a business, and is often used by small businesses when the owner wants to avoid hurting their personal finances. However, the outcome is considerably different: whereas an individual filing for Chapter 7 can reorganize their assets to pay off debts and claim exemptions if necessary, Chapter 7 for a business results in the ultimate closing of the business. All assets along with the building (if it is owned by the business) will be sold to pay back the creditors. In addition, if the owner of the business has any unfulfilled company obligations (such as when business owners struggle to keep their personal and business finances separate), then they will be held liable for any additional debts they have accrued and might have to file for personal Chapter 7 as well.Chapter 11 is specific to large scale corporations (or those that make over a million dollars in revenue) and allows corporations to reorganize their debts instead of closing entirely. Those that file have the ability to choose how the business reorganizes its debts, but after some time, the creditors can have some say in the plans, and can vote on the best way to reorganize payment. This is a common filing for large companies, and explains why so many are able to stay afloat after paying off their debts. Not only this, but they have the ability to file for Chapter 11 whenever they need it, whereas many individuals have to wait a certain amount of years between each case.

For people, there are a few options when filing for bankruptcy. Chapter 7 and 13 are the most common, but Chapter 12 is also available just for farmers and fishermen (payments are made on a seasonal basis to account for income). Chapter 7 for individuals is one of the most common. Individuals that file within this category are normally low-to-middle-income and have no hope of repaying their personal loans or debts. High medical bills, home mortgages, and massive credit card debts are a common theme for Chapter 7 filers. The collectors will be paid by whatever assets the debtor can sell, but otherwise the debts will be wiped away entirely, giving the individual a chance to start from scratch. Chapter 13 is for higher income individuals (or joint income for married couples that exceed one million in combined assets). Unlike Chapter 7, these individuals have to create a repayment plan that can last anywhere from three to five years. They most likely won’t lose all they own, but they do need help buckling down and paying their debts. Many celebrities have filed for Chapter 13, as they went way overboard on buying houses, expensive cars, and more, and needed the extra help to get financially stable. As for filing, there is no limit to how often a person can file. There is, however, a time limit that is imposed after each discharge. So if you file for bankruptcy right after getting your last debt hurdle discharged by the creditors, you won’t be able to get anything discharged again until a few years have passed. For Chapter 7, you will have to wait eight years. For Chapter 13, the wait time is only two years after a discharge. This may seem increasingly unfair, as businesses who file for Chapter 11 are not met with this same restriction. However, it is done to discourage individuals from using banks as a “get out of jail free” card. It suggests that personal habits need to change before you turn to what is truly a “last resort” for personal finances.

However, there are two other important distinctions between business and personal bankruptcy. NOLO’s Bankruptcy blog breaks this down: “One of the big differences between personal and business bankruptcy is the means test. Individuals have to participate in one to determine if they are eligible for a Chapter 7 or a Chapter 13, while businesses do not have to prove this for a Chapter 11 filing. Businesses can also cancel contracts with creditors if it would be financially favorable to both parties to do so, while individuals do not get that option for student loan debt or other types of debt exempt from bankruptcy.”So besides the difference in how someone files, there is also a difference leading up to the point of needing to file. Businesses normally have the ability to back out of contracts, or shift direction through reorganization of their debts. Many individuals, especially those that file Chapter 7, do not have the same luxury. Instead, they are forced to give up everything they own and start from scratch. This could be one of the major reasons why individual bankruptcy appears so more detrimental than corporate bankruptcy.

Is Bankruptcy Really That Bad?

As Assistant Professor at Syracuse University, Boyce Watkins, explained on an NPR talk from 2009 that discussed the then-recent bankruptcy of General Motors (GM): “Bankruptcy can actually be a good thing for a corporation. In the case of GM, they really need to be restructured because if you really look at the details of GM’s balance sheet, it’s an absolute mess.”Michelle Singletary, a personal finance expert, was also a part of this 2009 NPR interview. She describes how personal bankruptcy is different, but really not as bad as it’s often made out to be:“Well the thing is, there is life after bankruptcy. Many people go on to buy homes and cars and live productive lives. You know, the whole point of bankruptcy is to give you a fresh start. And so the way to begin that is to — now that you don’t have all that debt that is oppressive to you — to pay your bills going forward on time. And in a short period of time, less than probably two or three years, you’ll see your credit rating go up and you’ll be able to, you know, go back and do hopefully better with your money. So it’s not, you know, it’s not like you’re in a coffin and that’s it. But it gives you a fresh start. And for some people that’s needed.”Although personal bankruptcy is often depicted with a massive social stigma, Singletary thinks it is best to keep it that way. Creating a stigma around bankruptcy helps prevent people from seeking out a service that they might not need. It is really a final option for people that need it, and should never be taken lightly. The stigma around it can help people realize that before they file. Luckily, the outcome is considerably less severe than many imagine. As Singletary noted, people can recover within years, and many people will be able to flourish with a fresh start and a blank slate without debts. As Professor Watkins described, it can be a smart business move for companies that are floundering in debt. Although it often seems that corporations are getting unwarranted help, it turns out bankruptcy really isn’t necessarily all that bad for people either. Bankruptcy can be a saving grace, and many entities can utilize the practice as a lifesaver when they’re stranded in debt. The stigma might be harsh, and the journey to repair personal credit scores afterward may be challenging, but the outcome could be extremely relieving.

For more tips and guides on how to run your own business, visit our small business resource center. For more information on bankruptcy and how it affects credit scores, visit our credit score learning center. 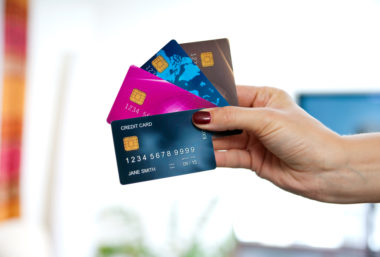 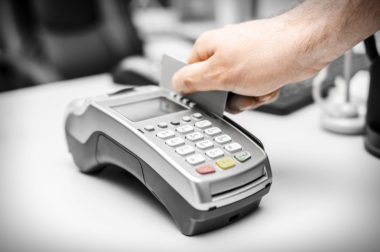 6 min read
X
This site is part of an affiliate sales network and receives compensation for sending traffic to partner sites, such as CreditCards.com. This compensation may impact how and where links appear on this site.  This site does not include all financial companies or all available financial offers.
X
Get a FREE Credit Evaluation from Credit Saint Today!